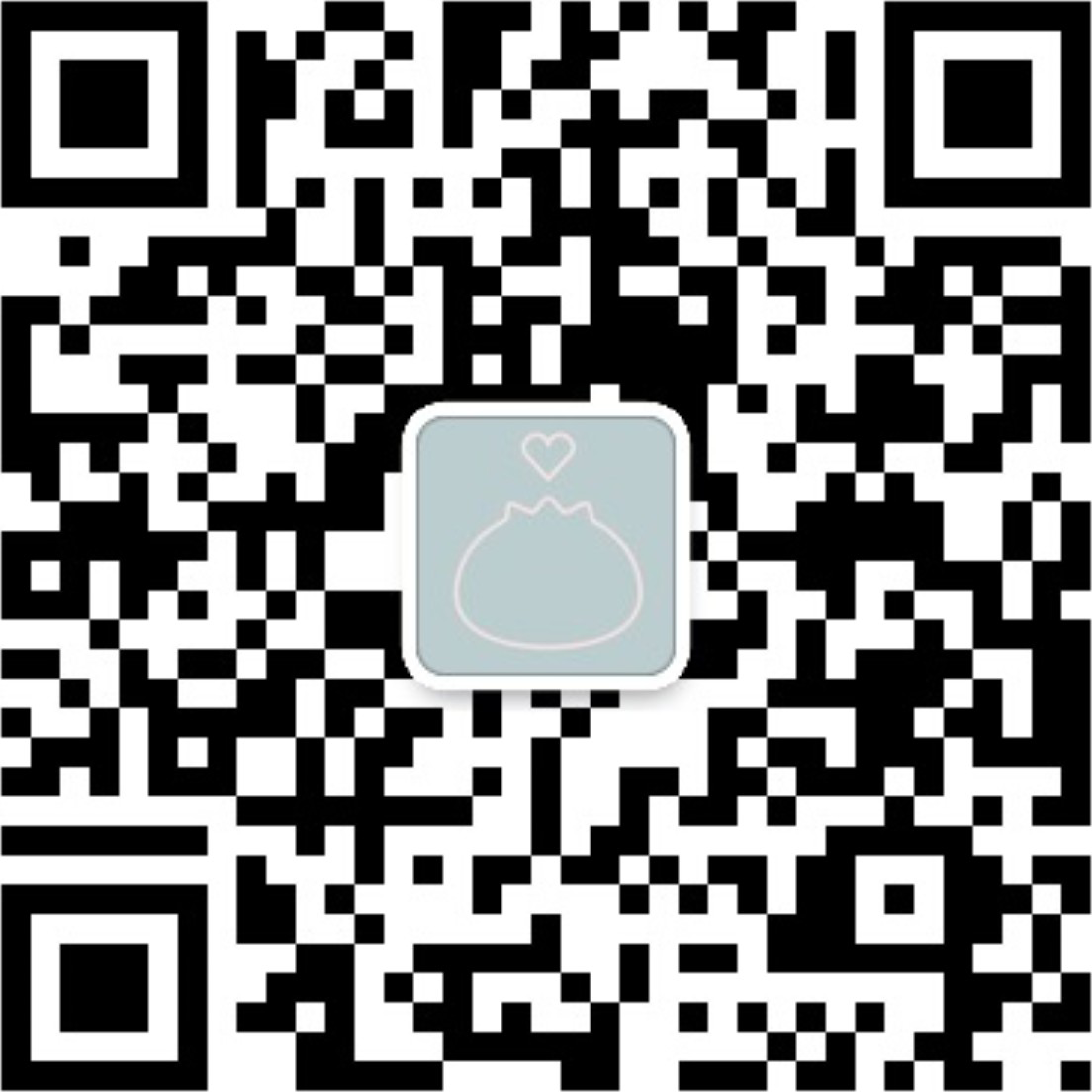 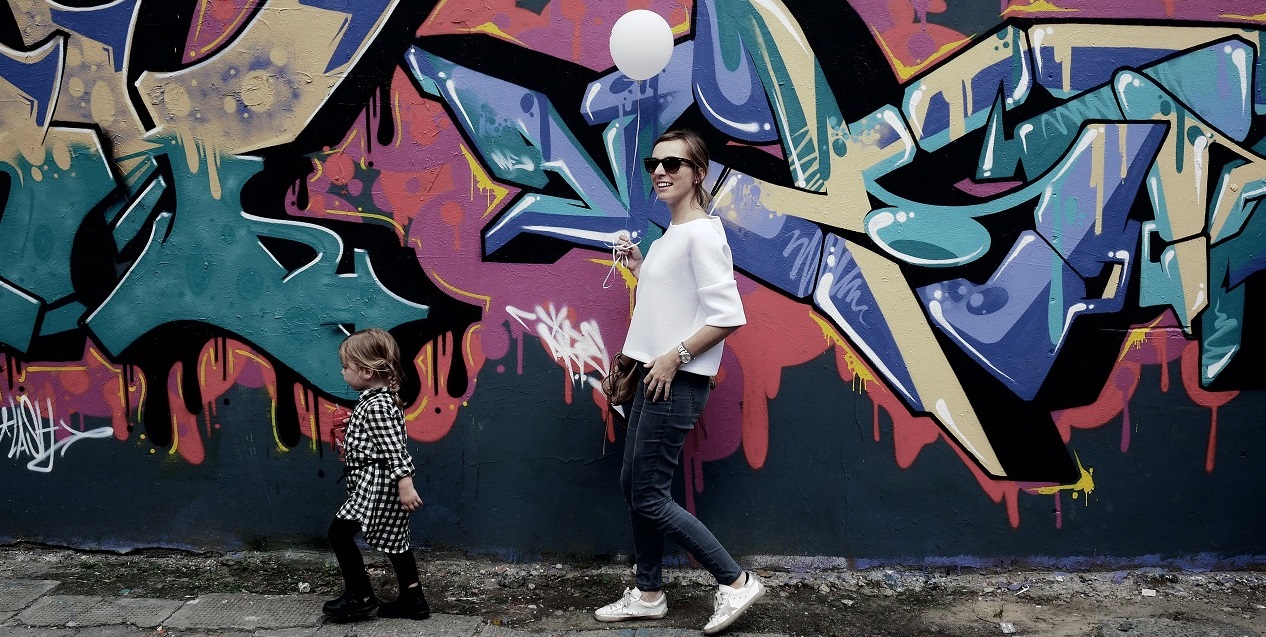 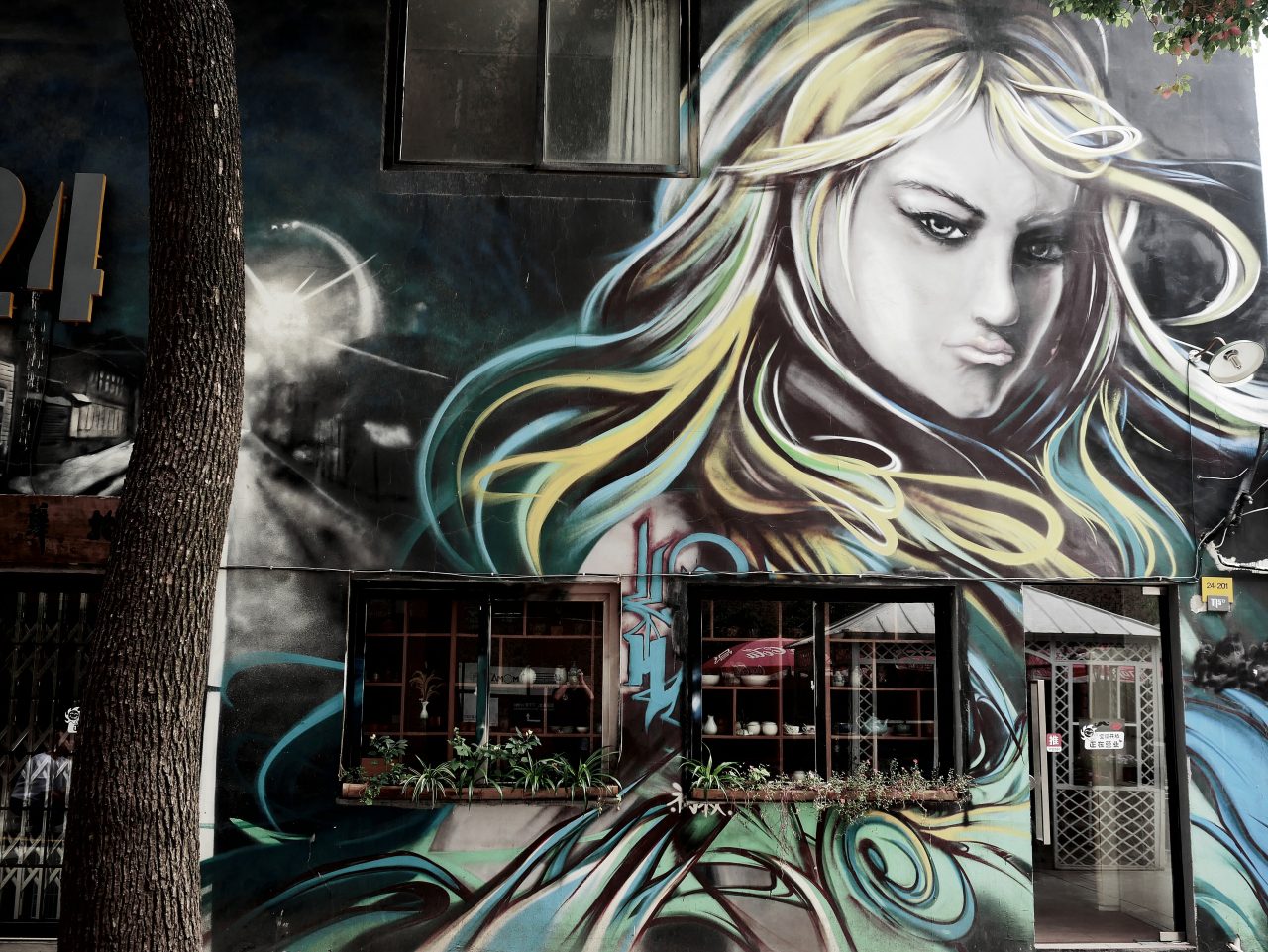 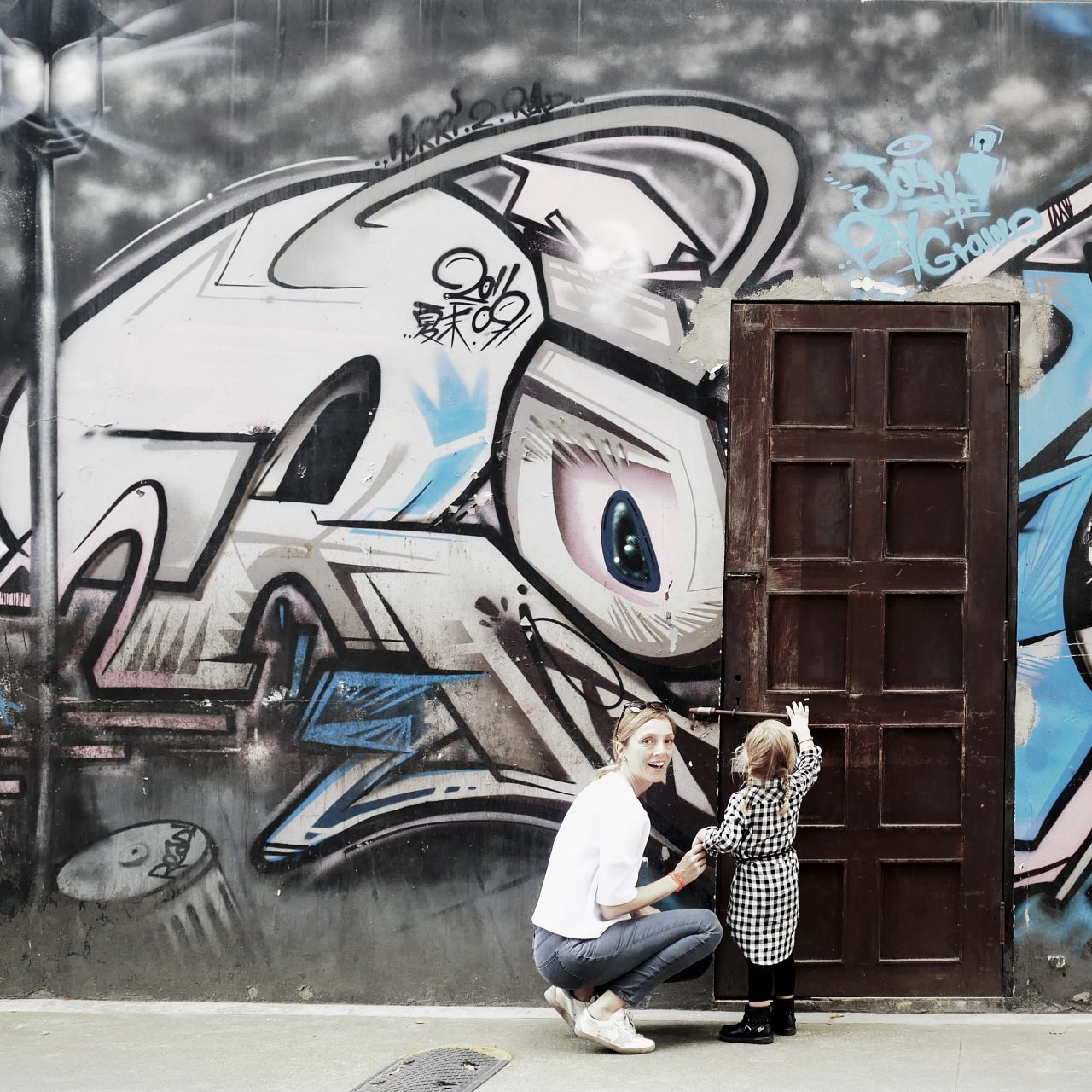 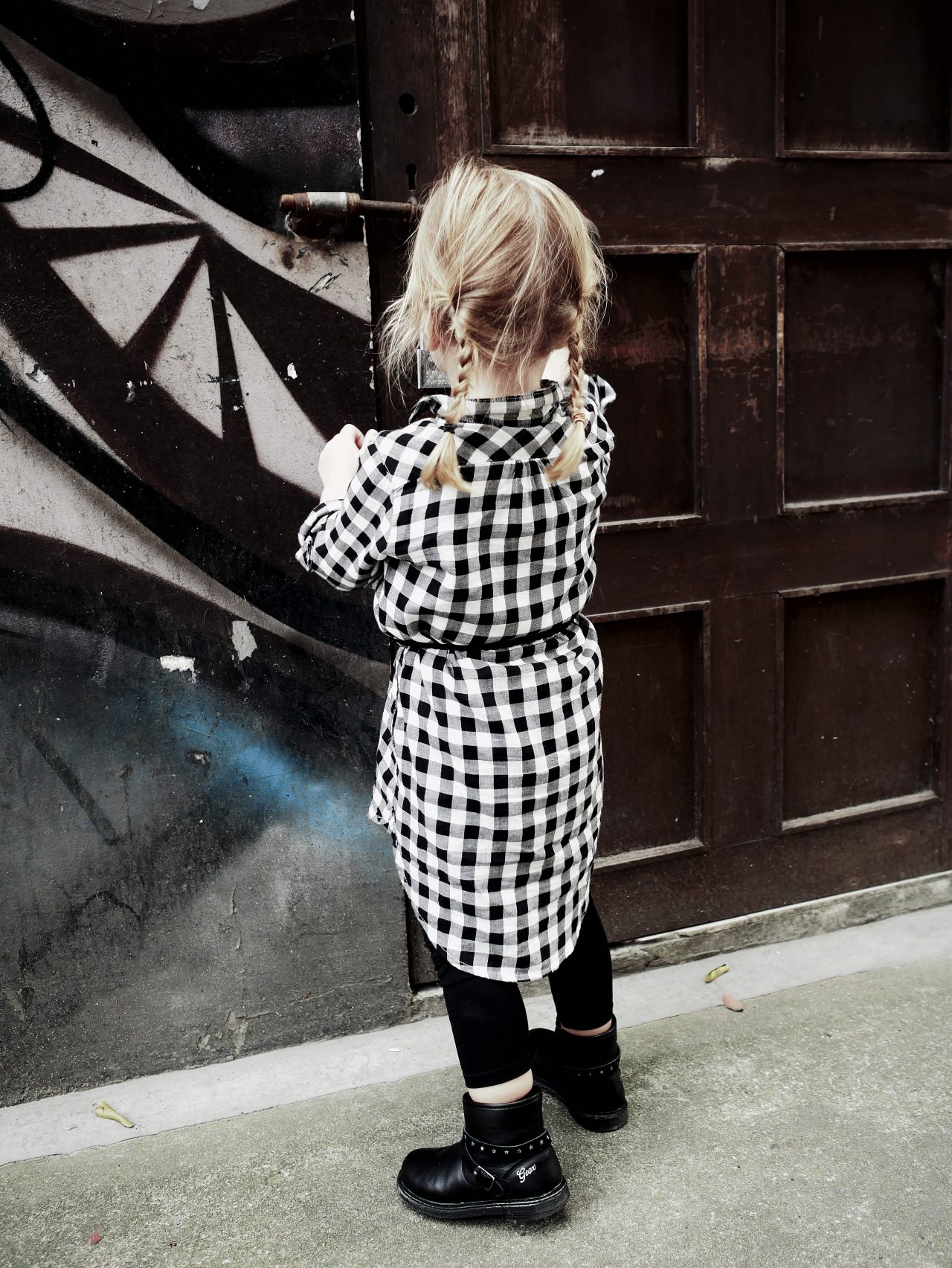 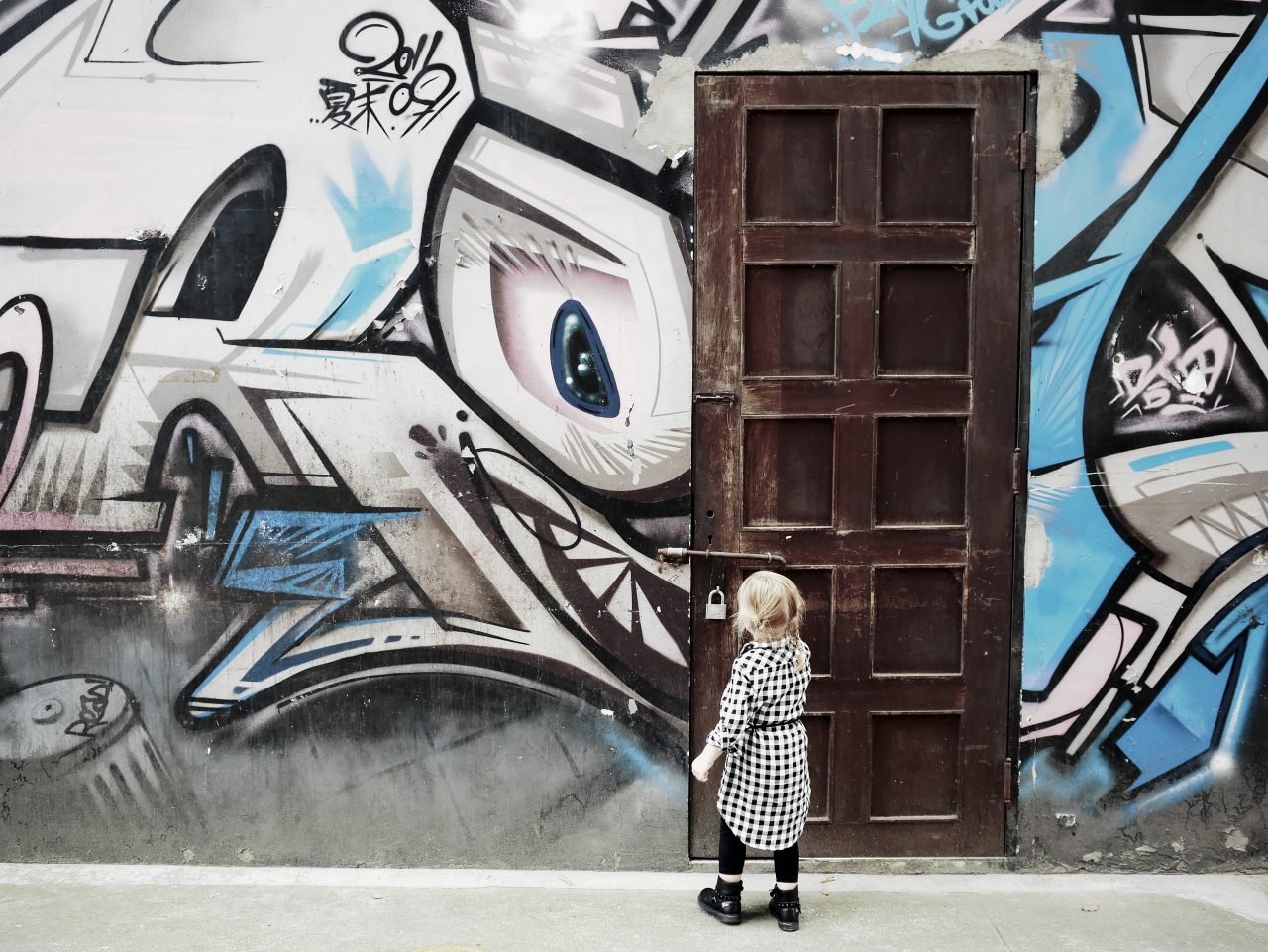 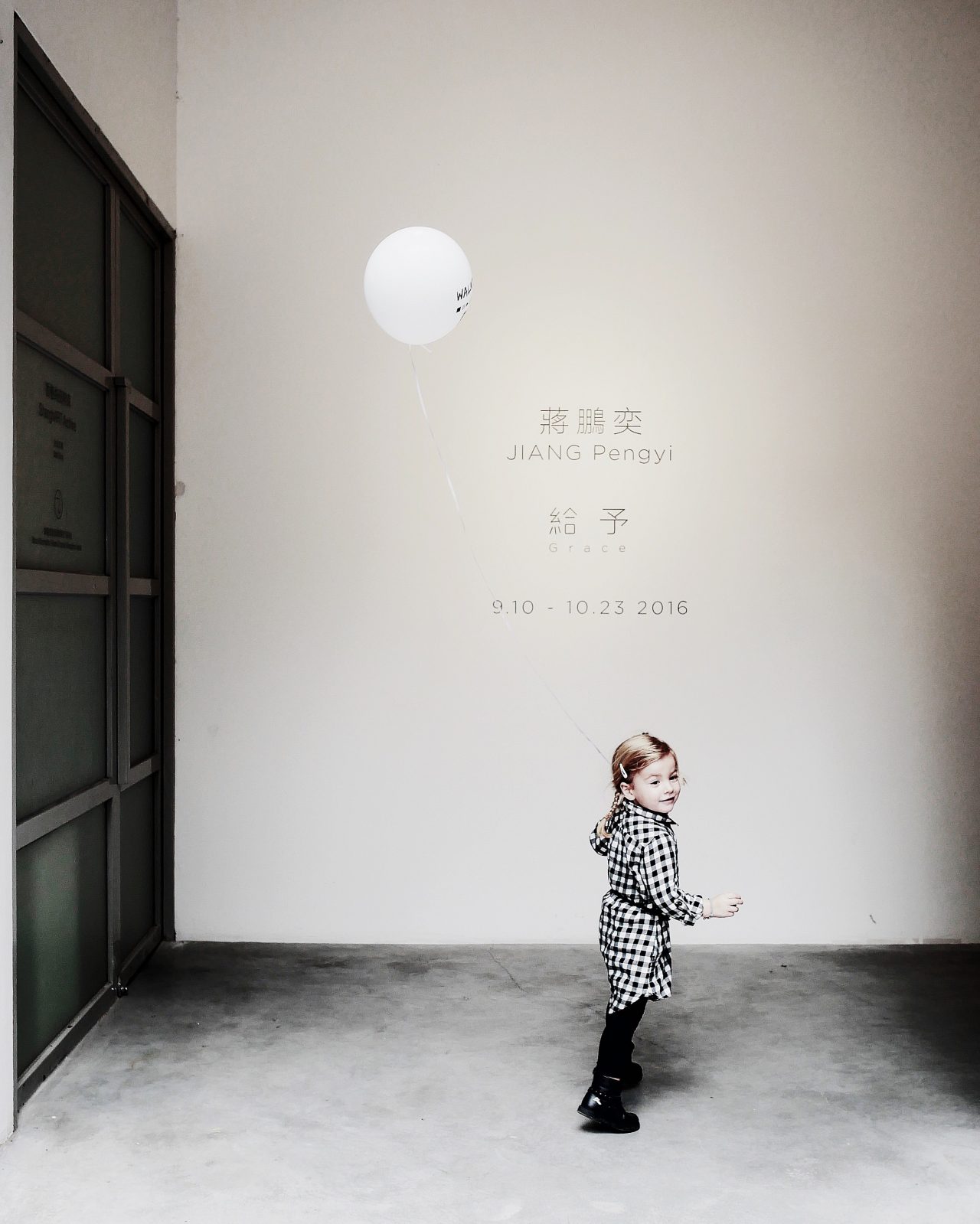 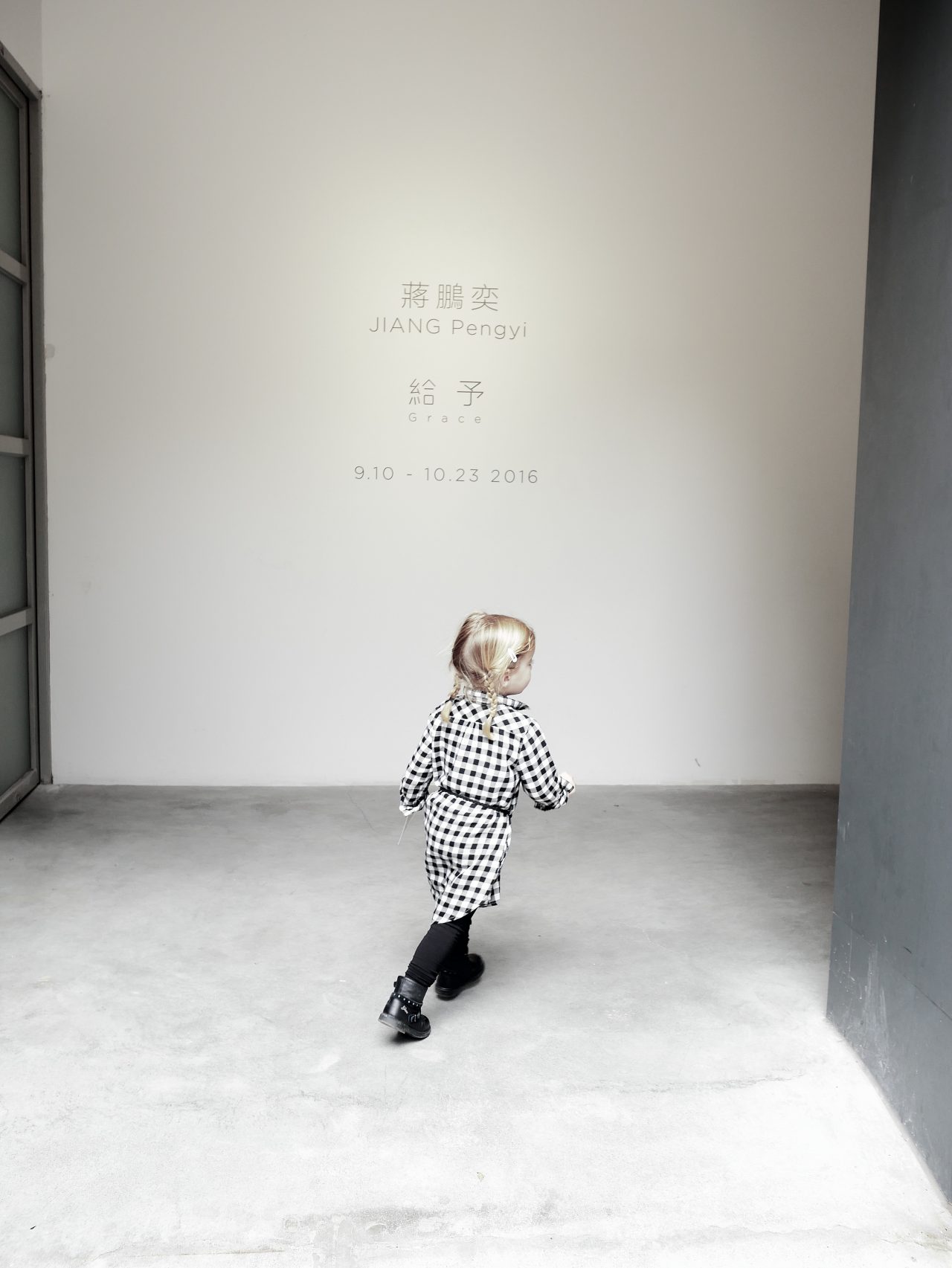 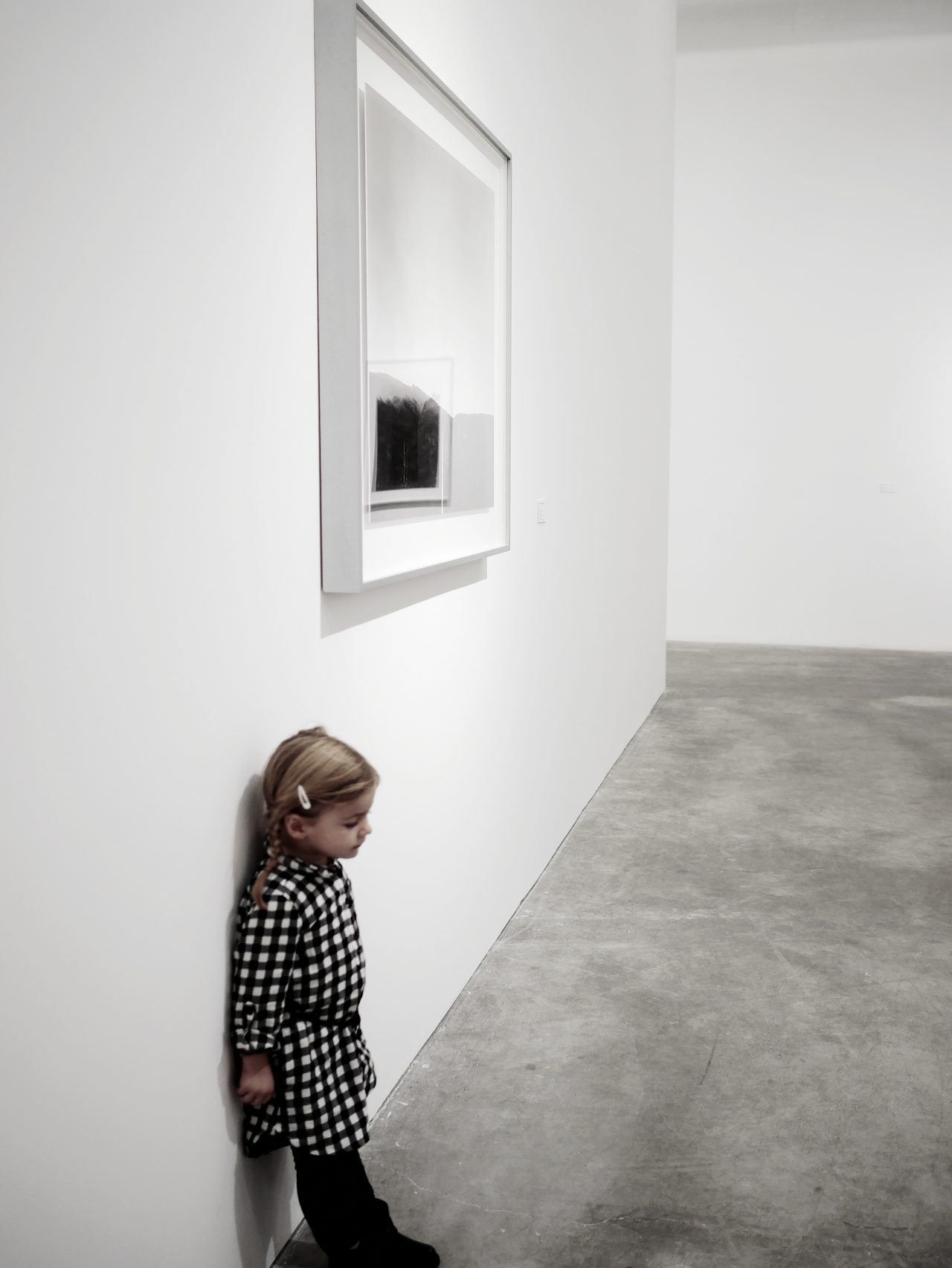 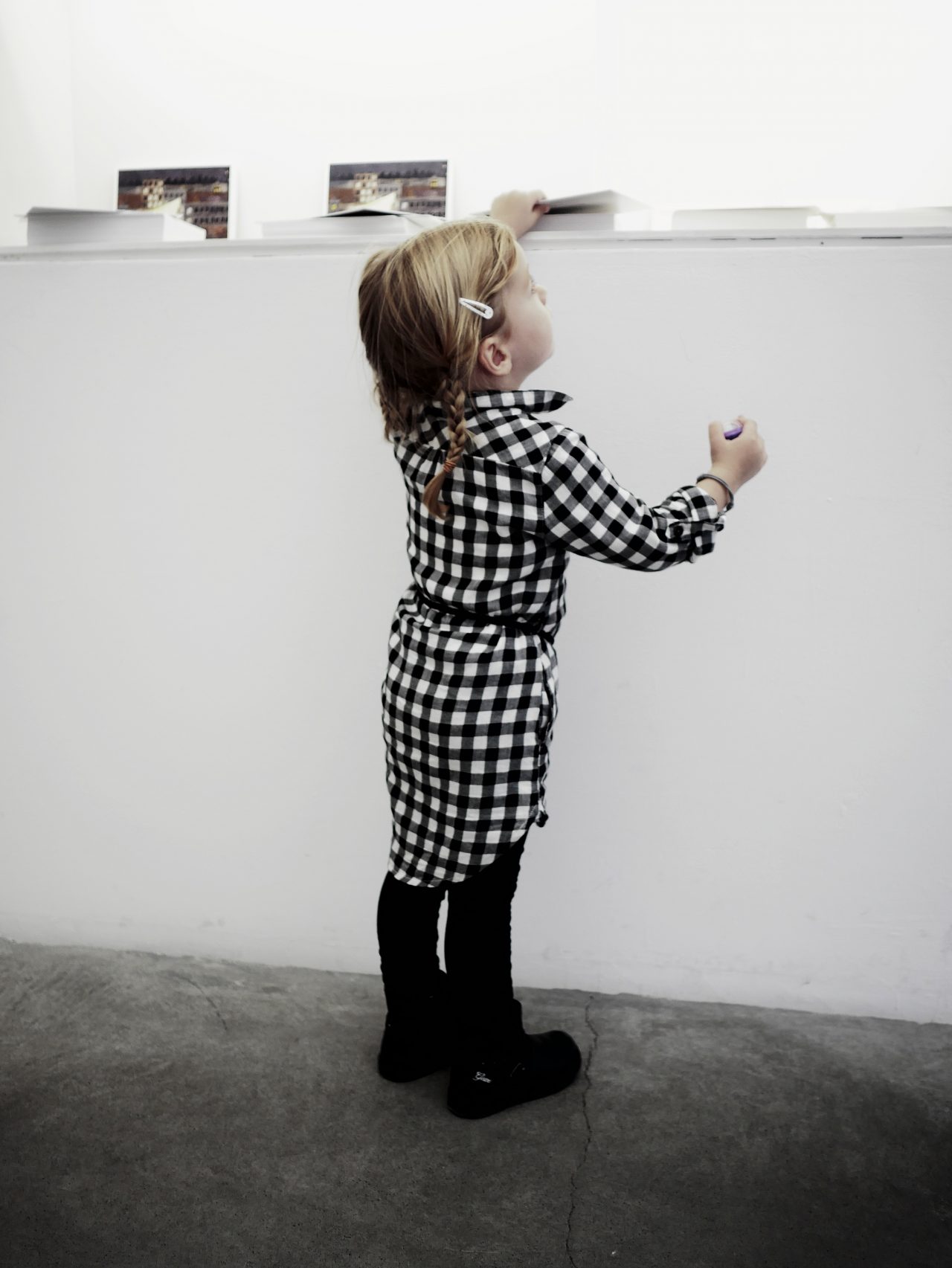 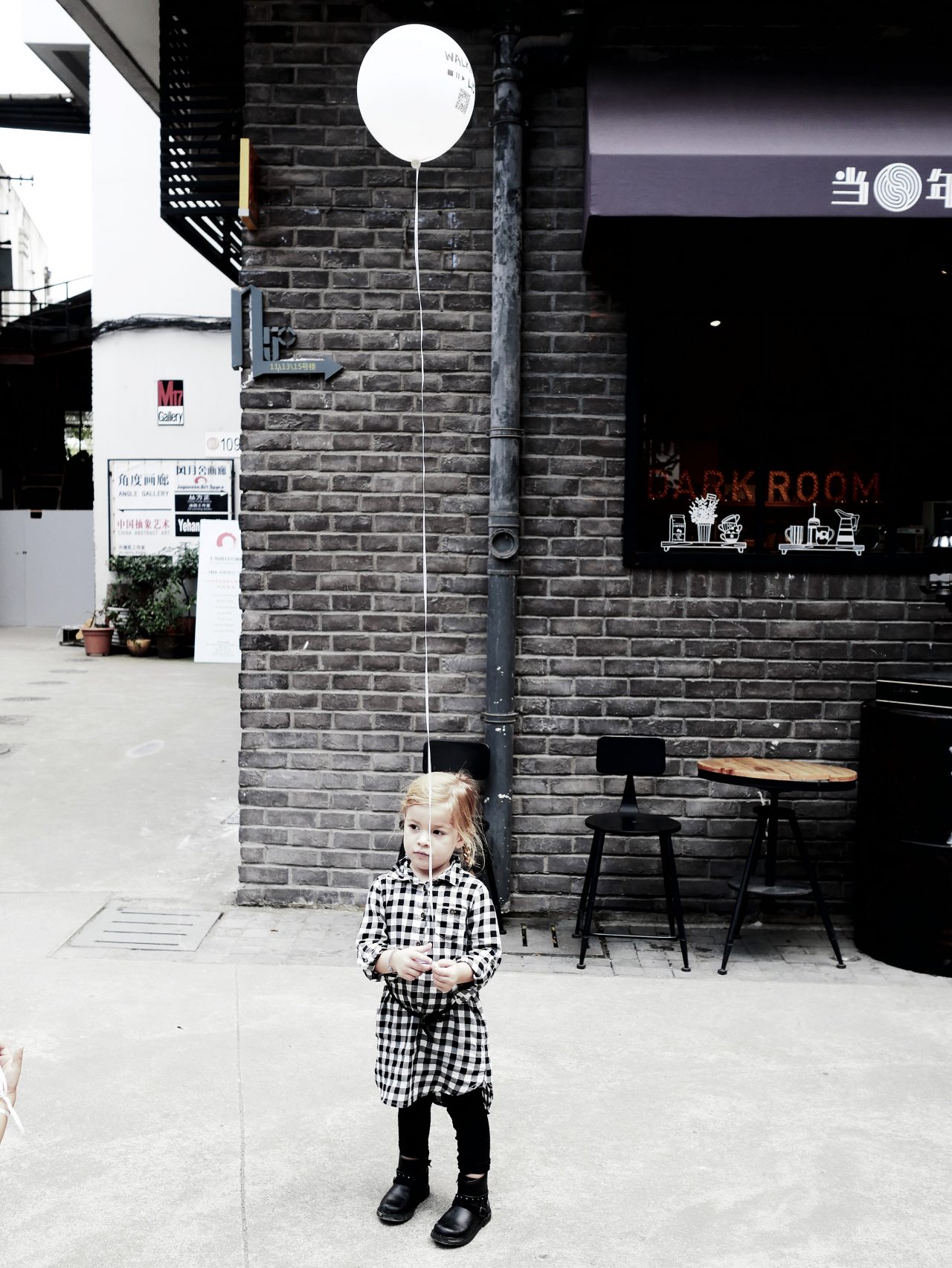 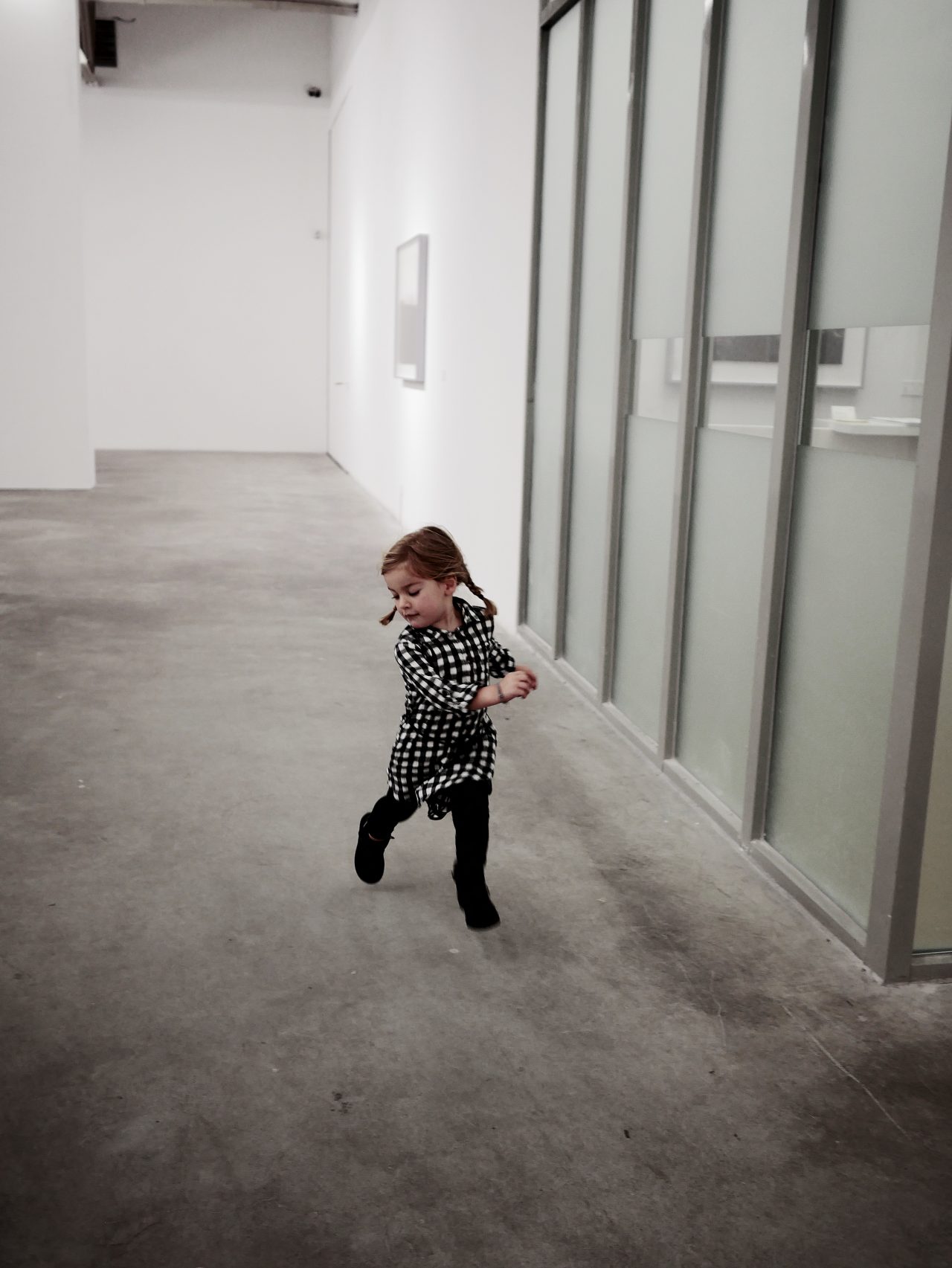 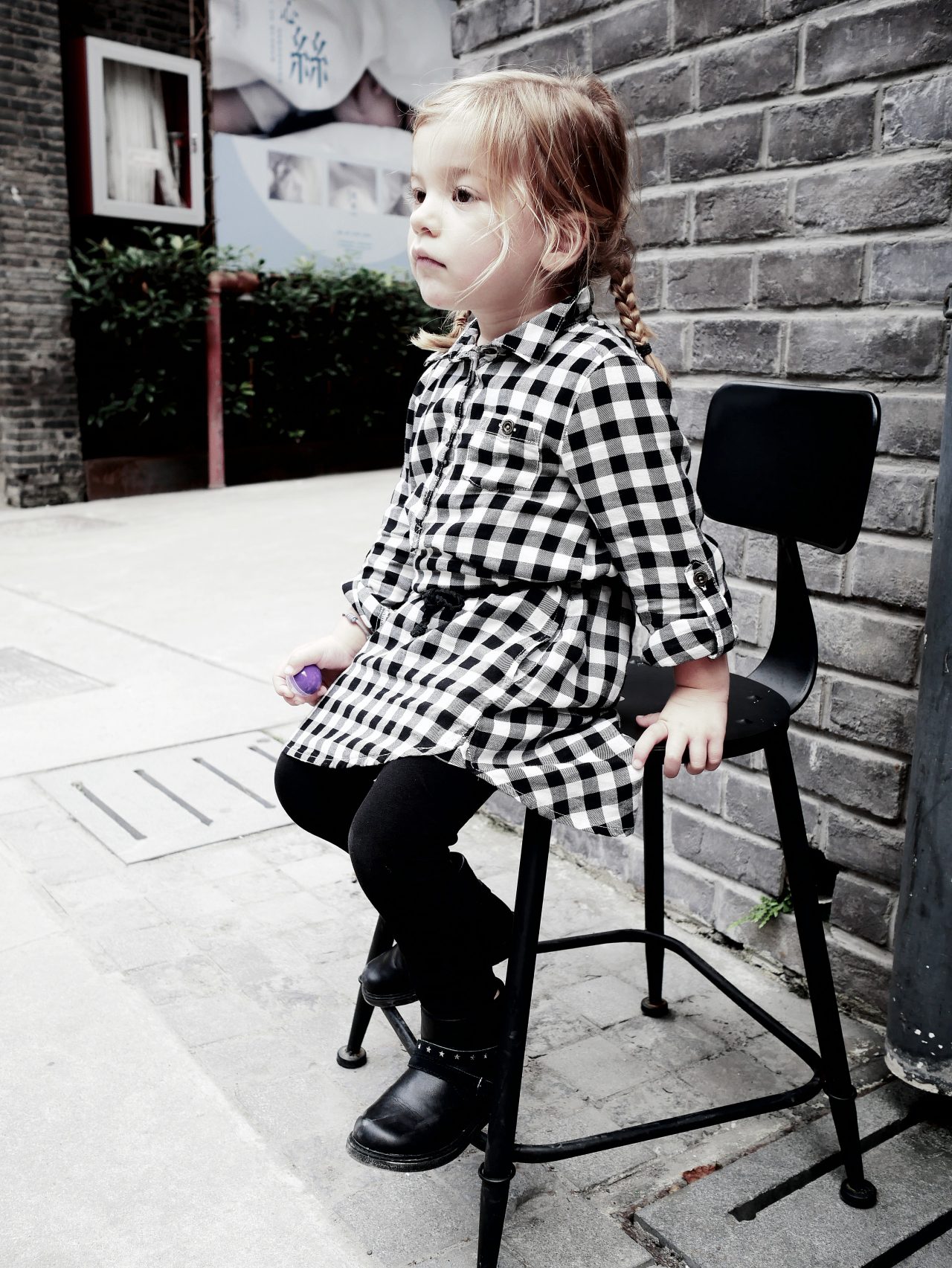 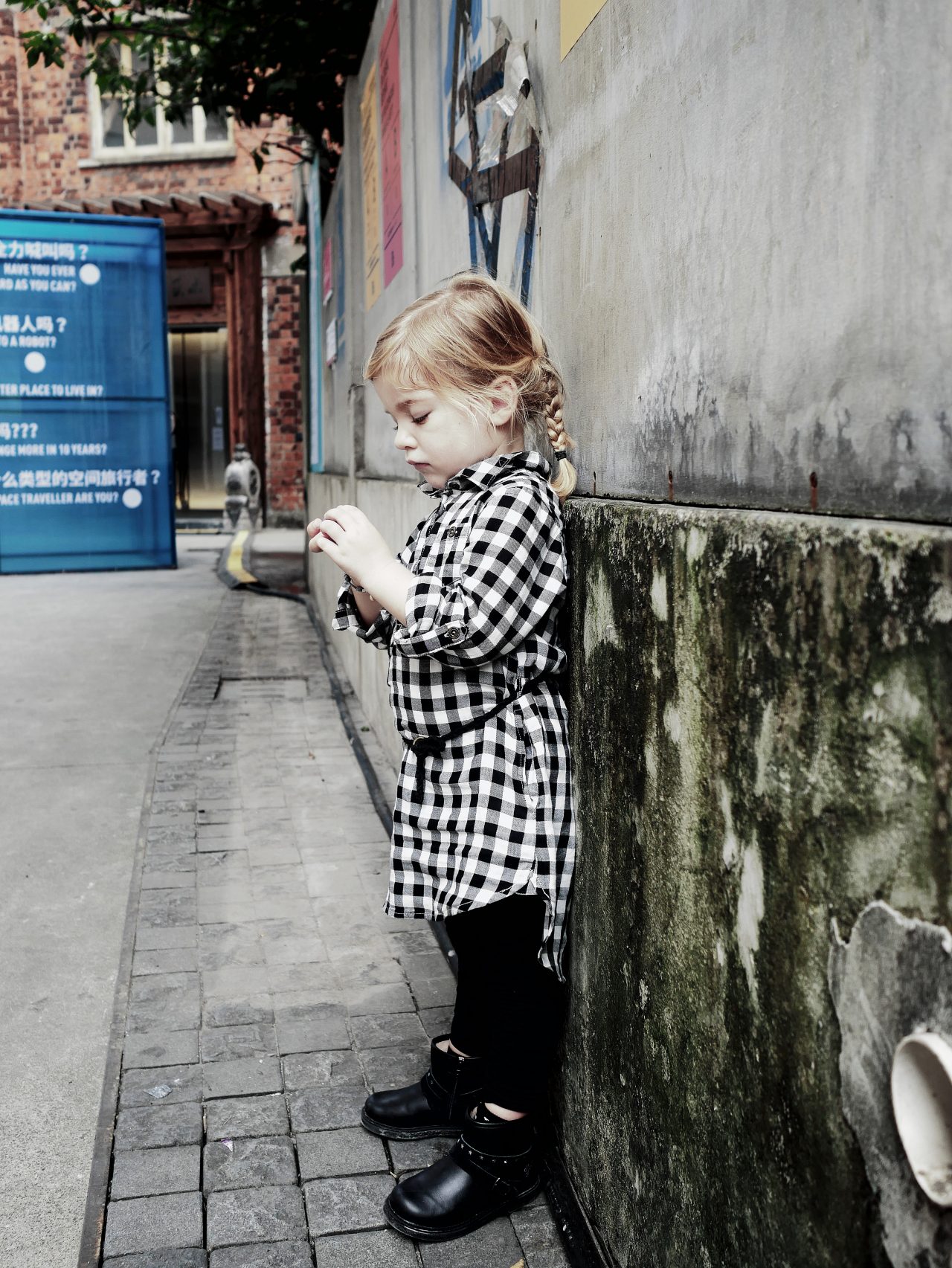 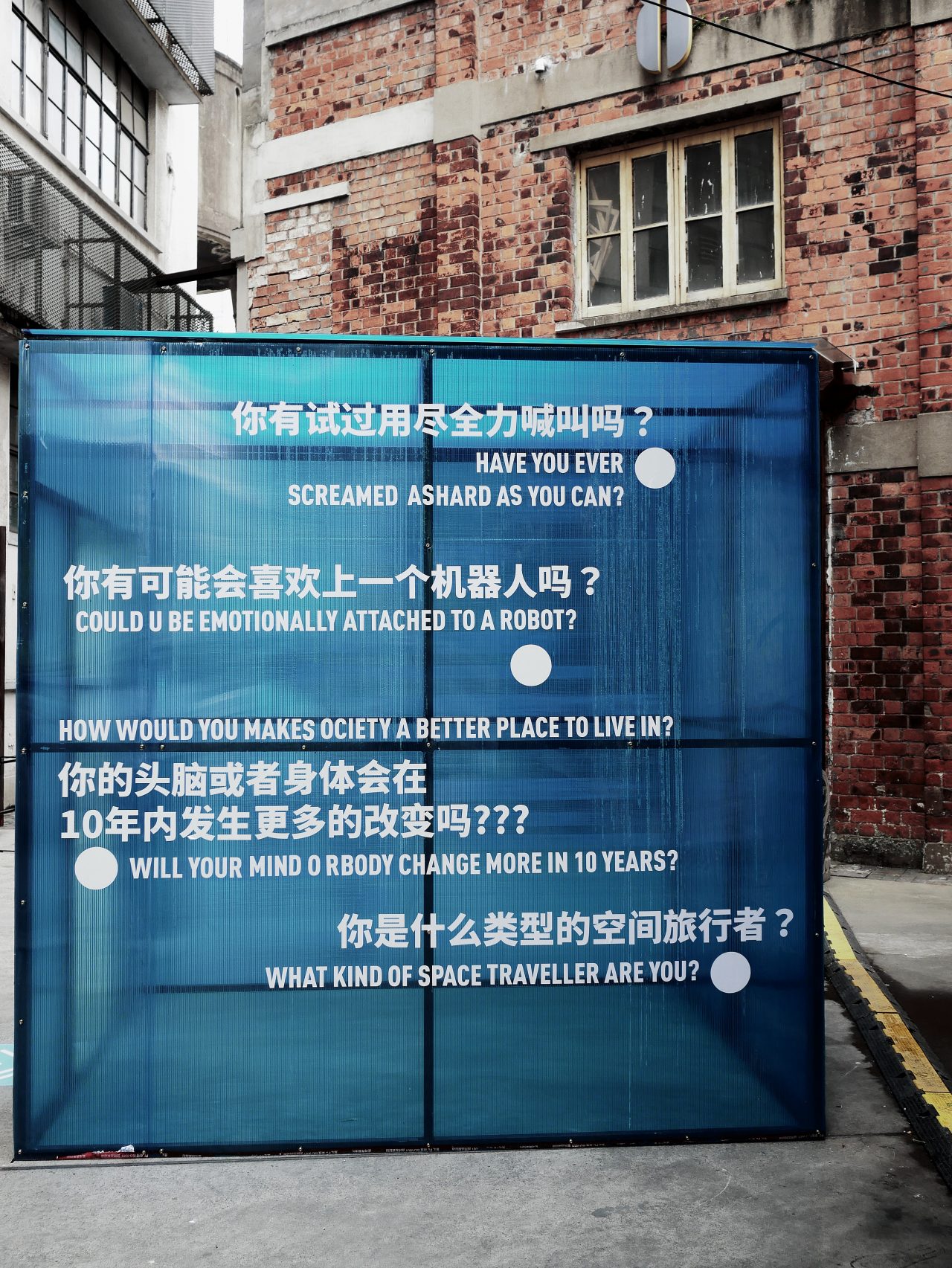 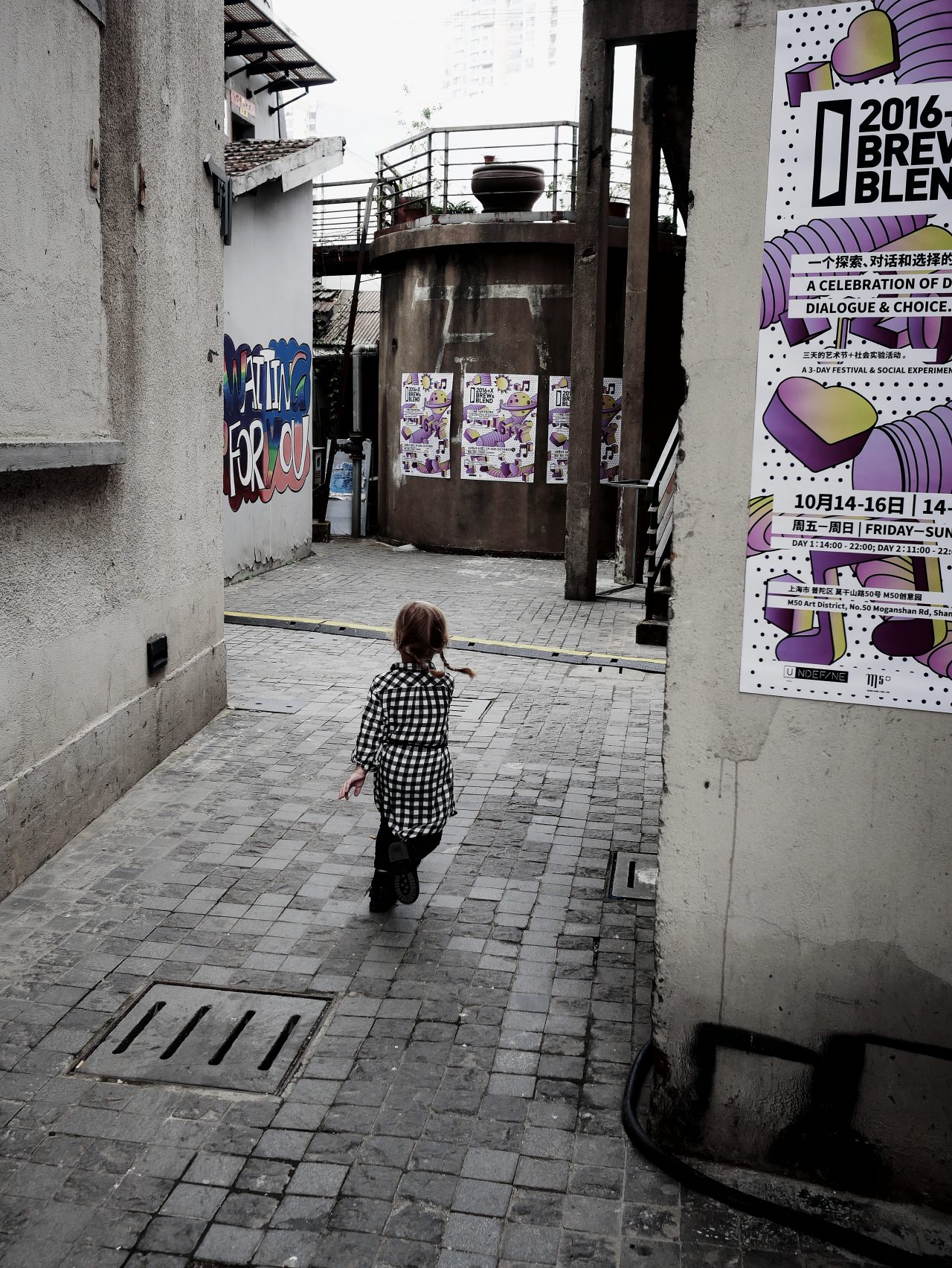 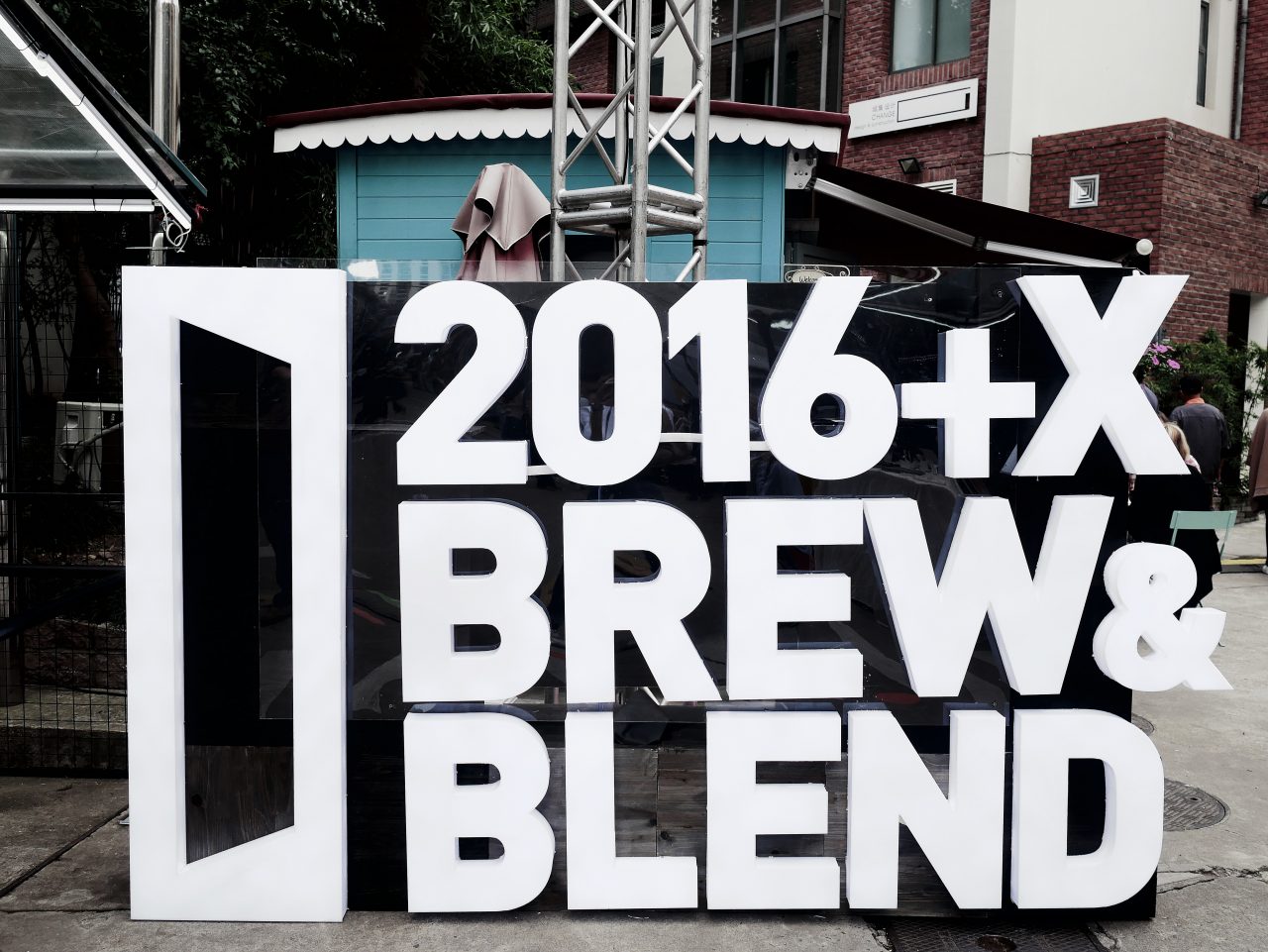 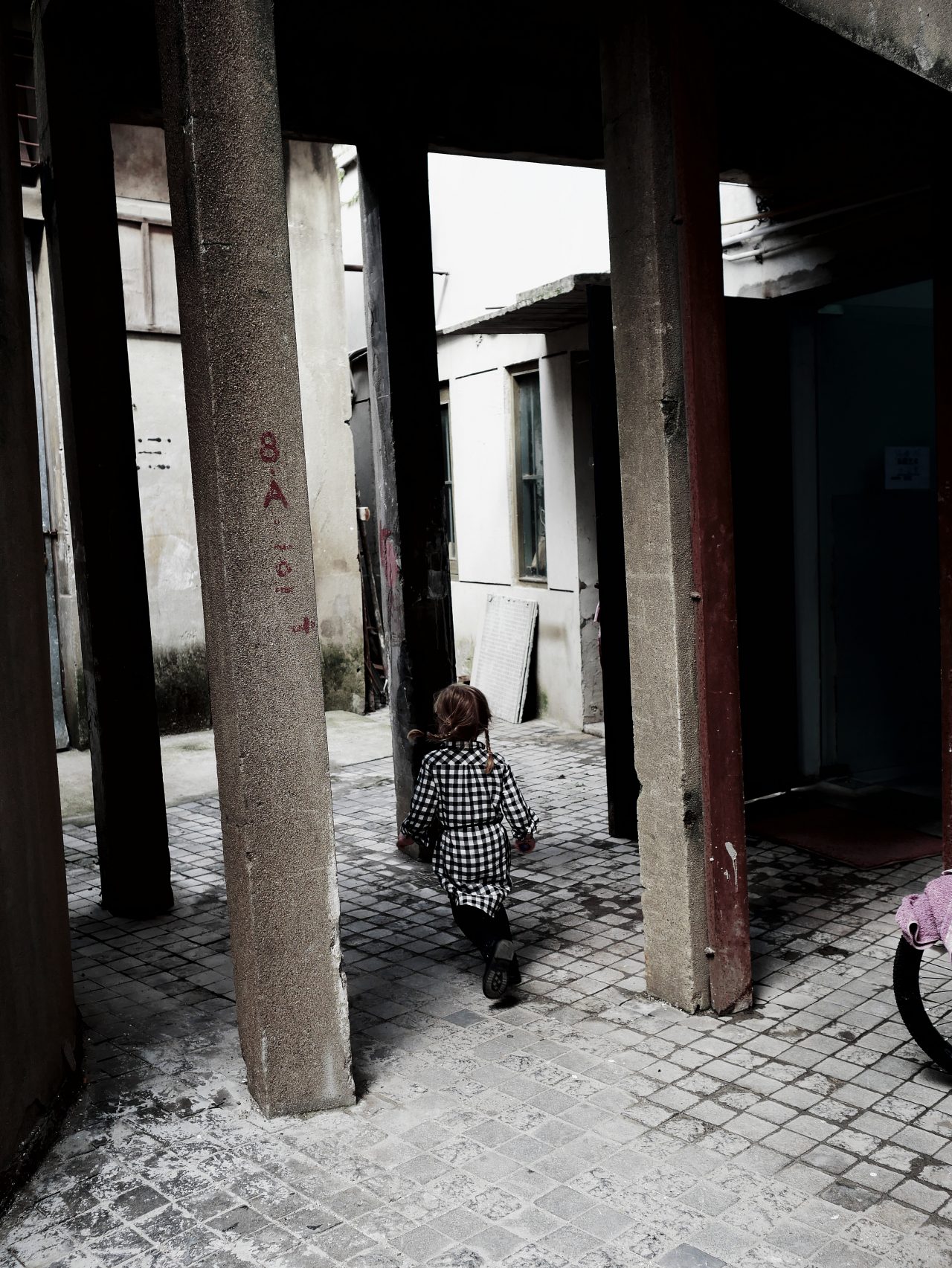 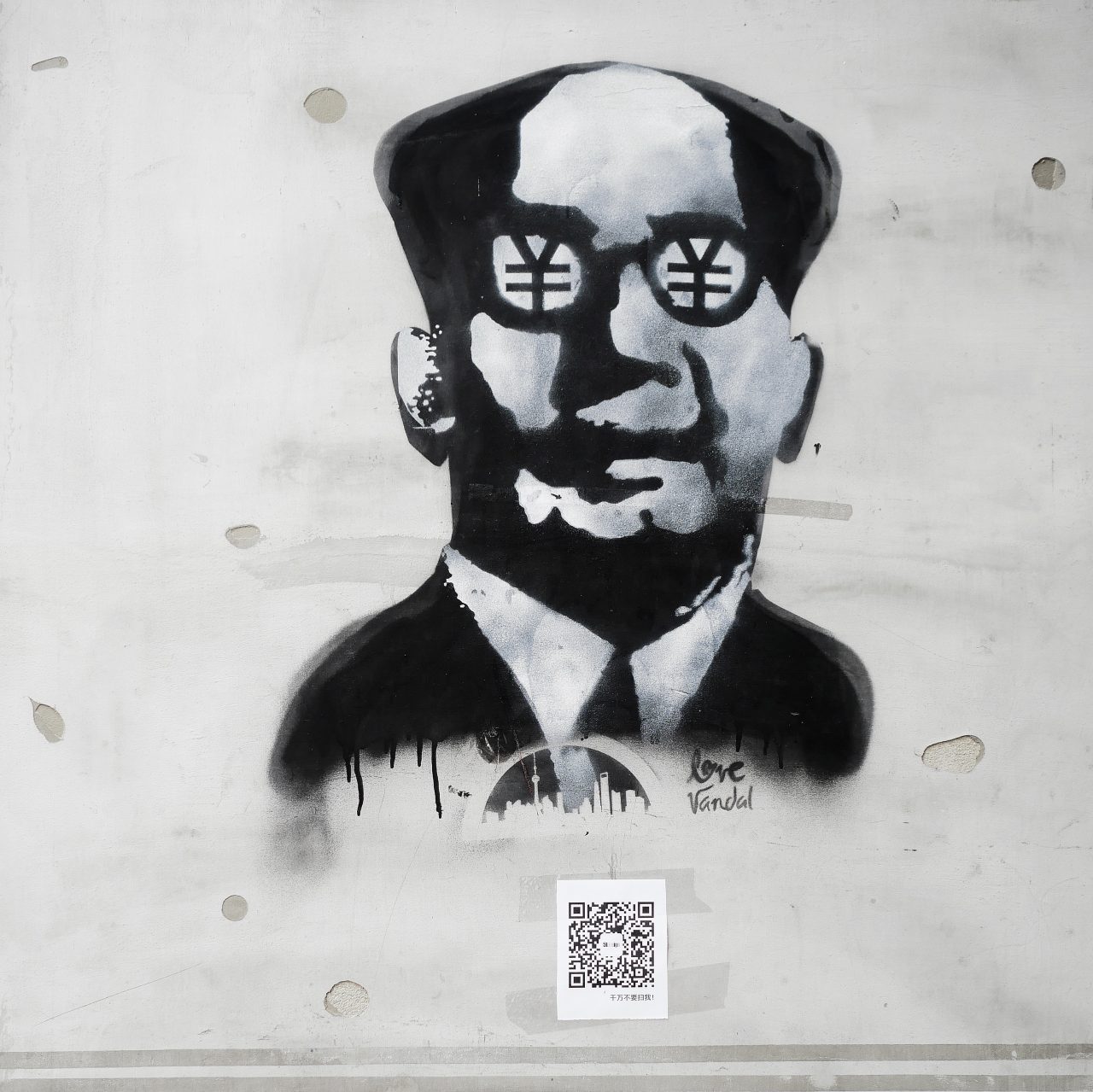 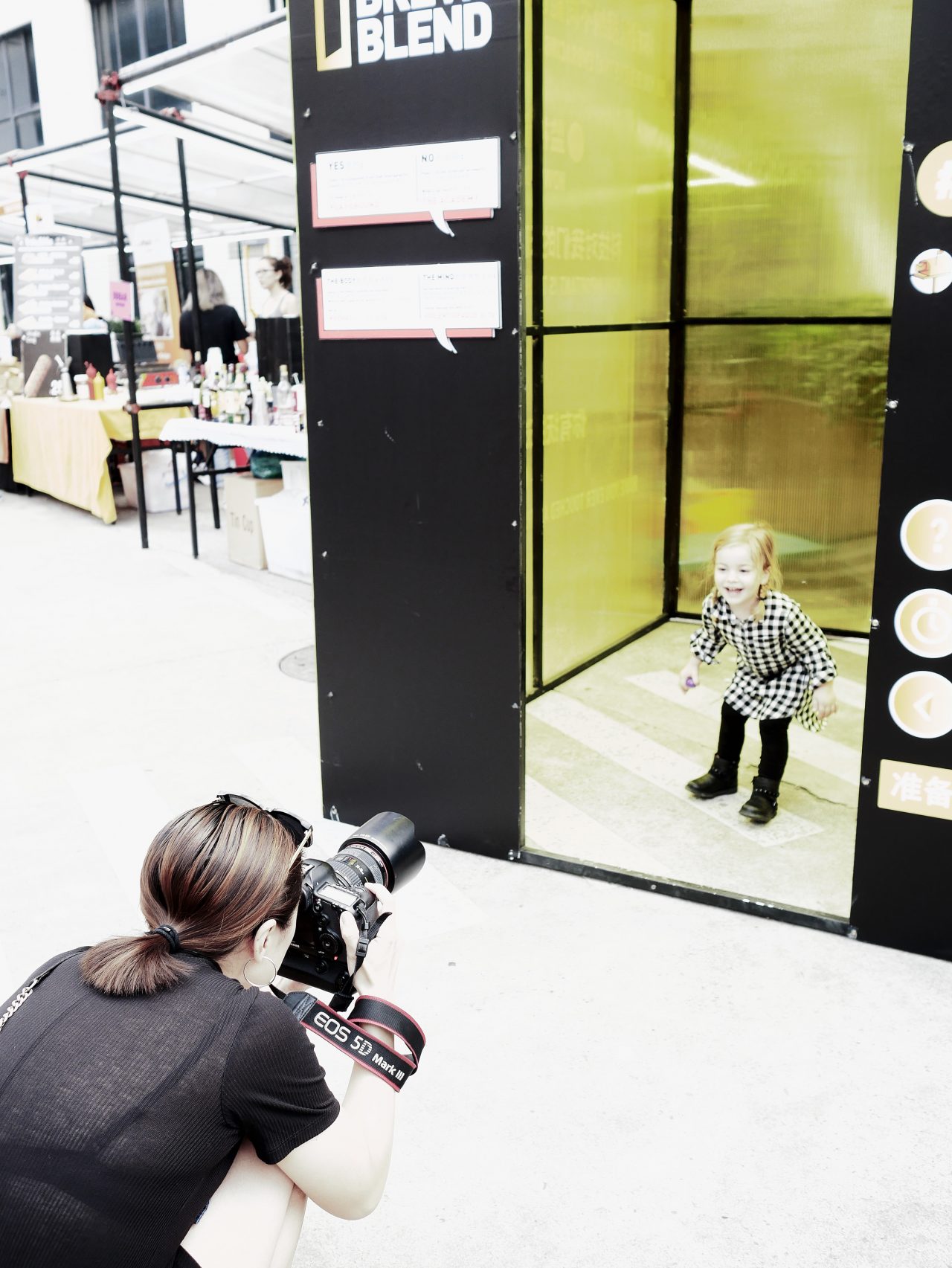 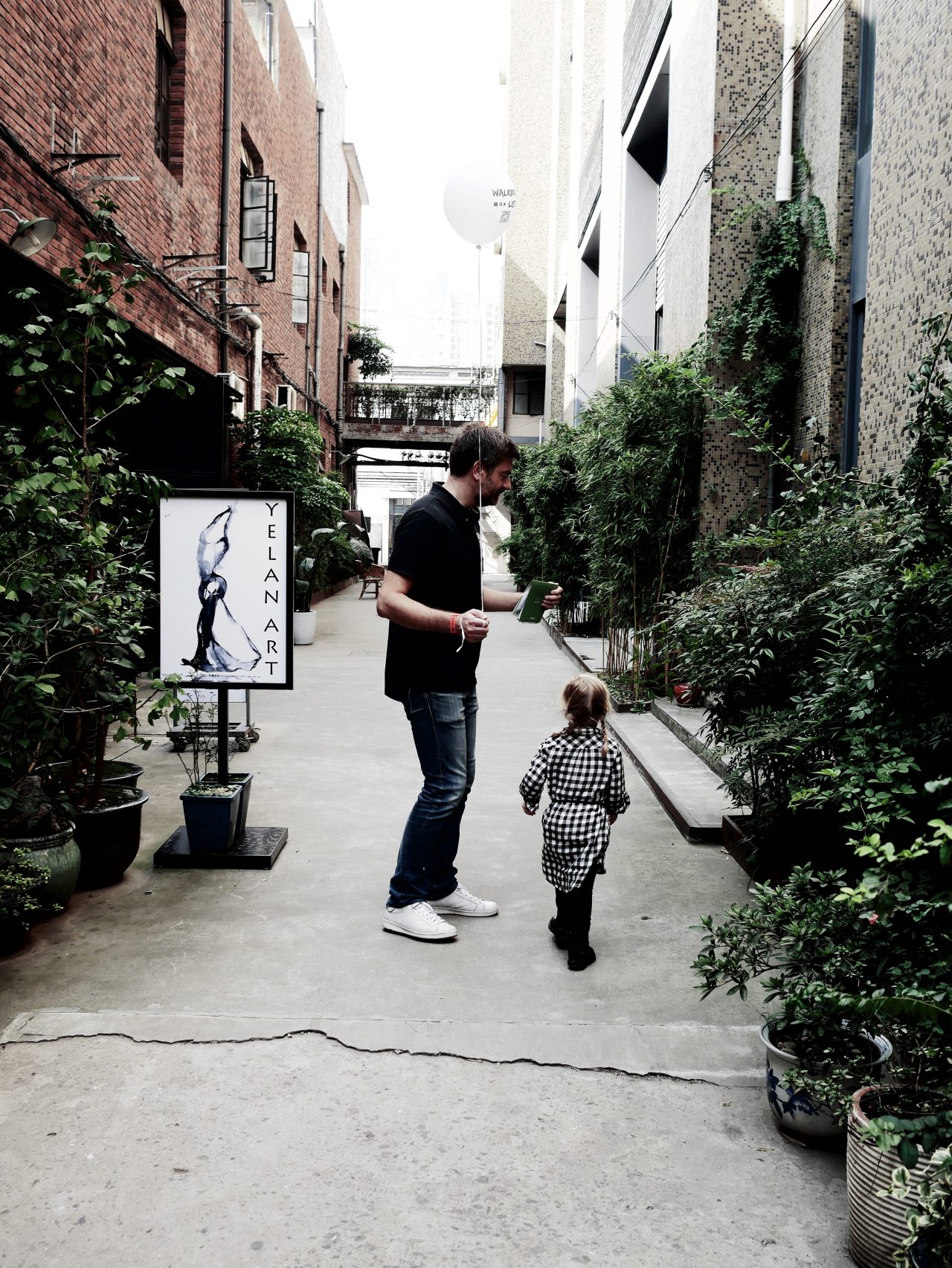 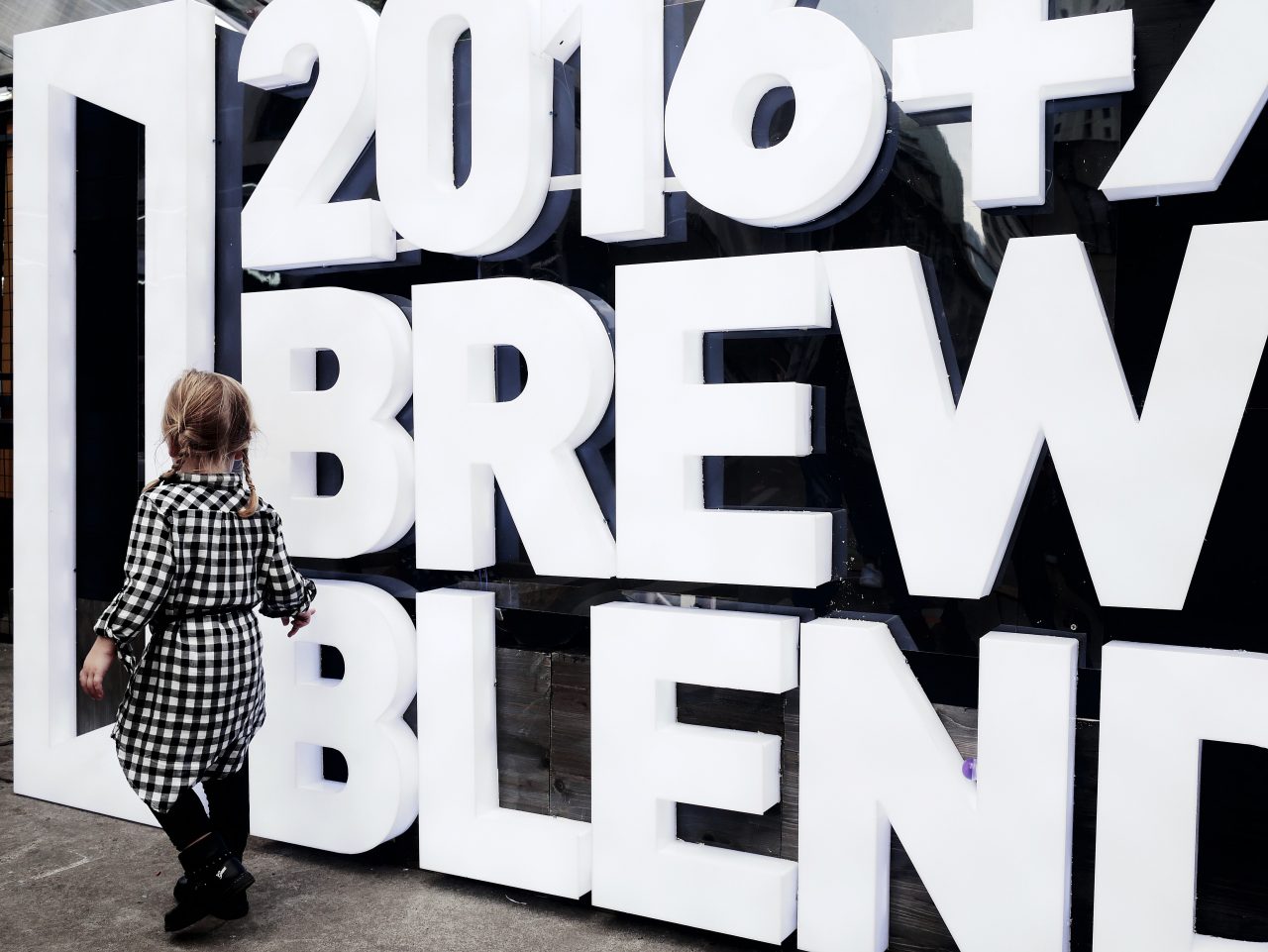 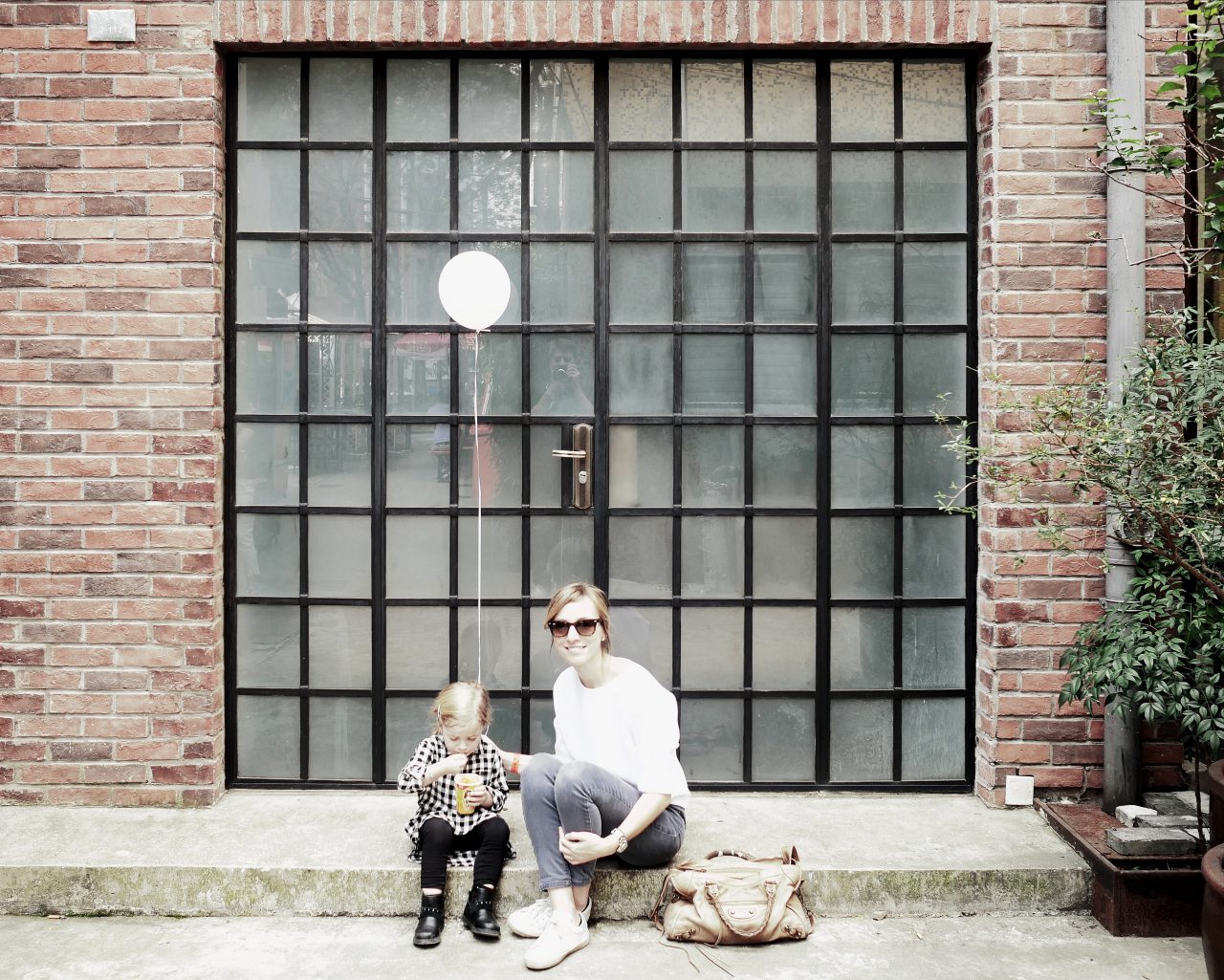 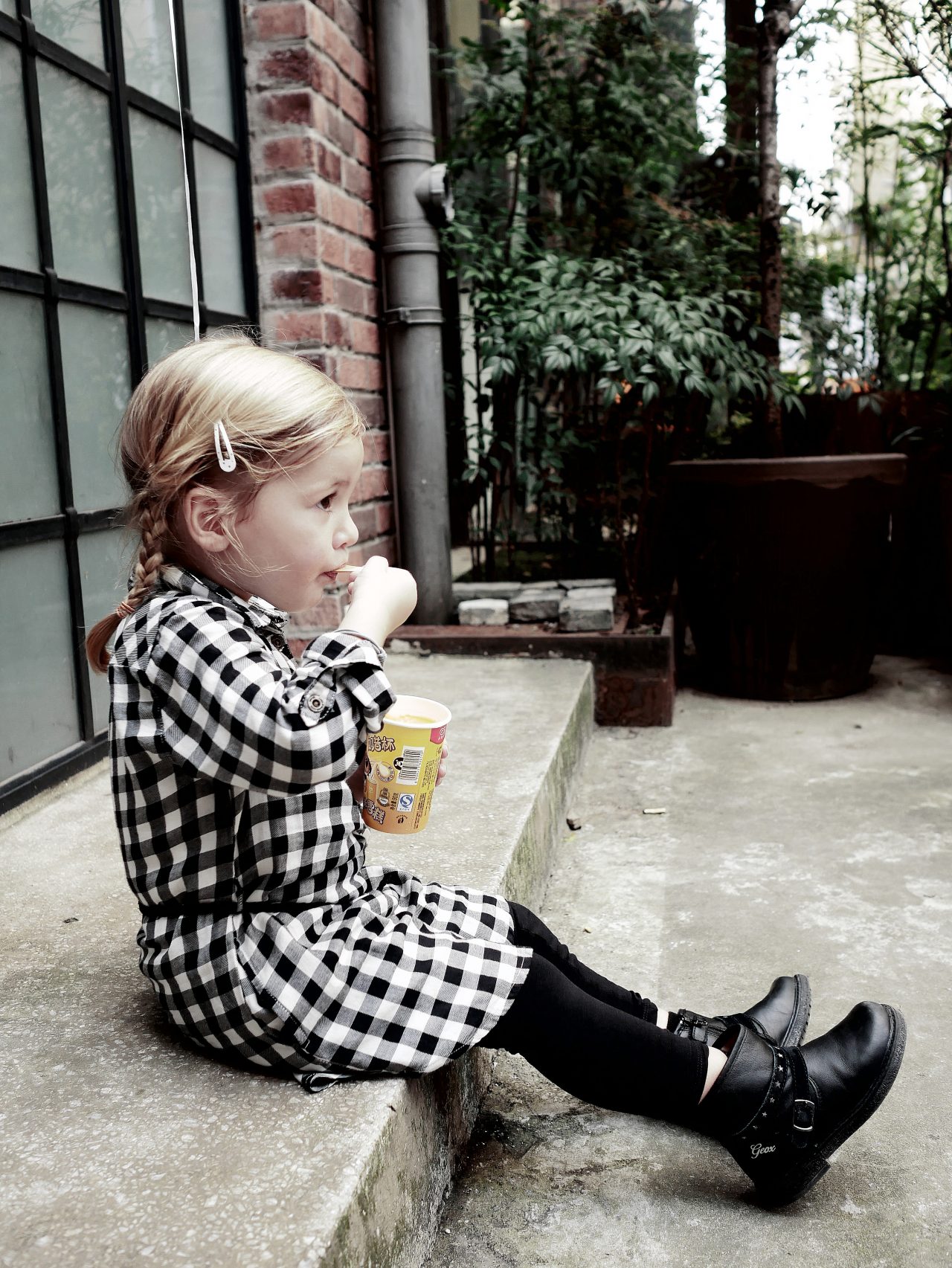 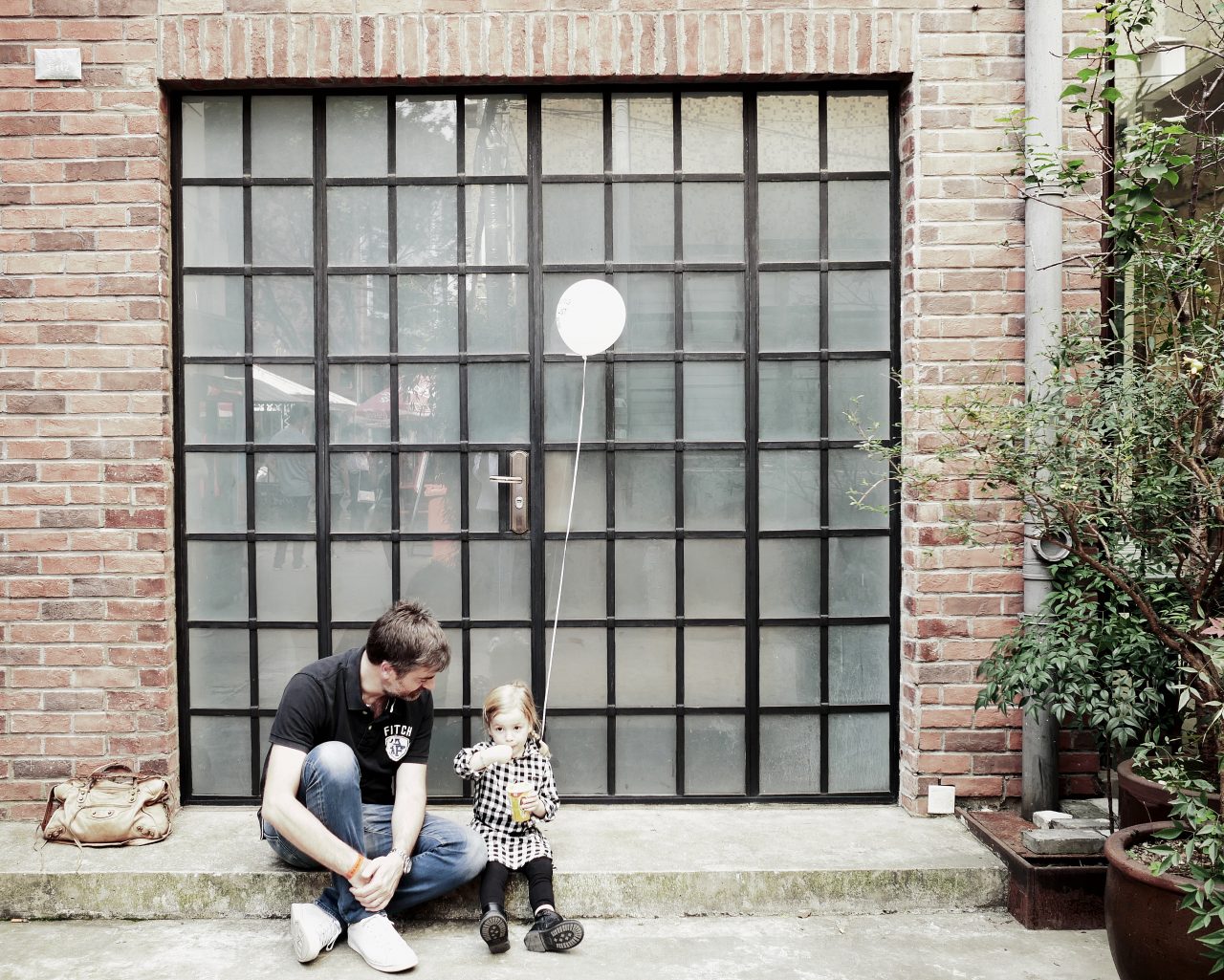 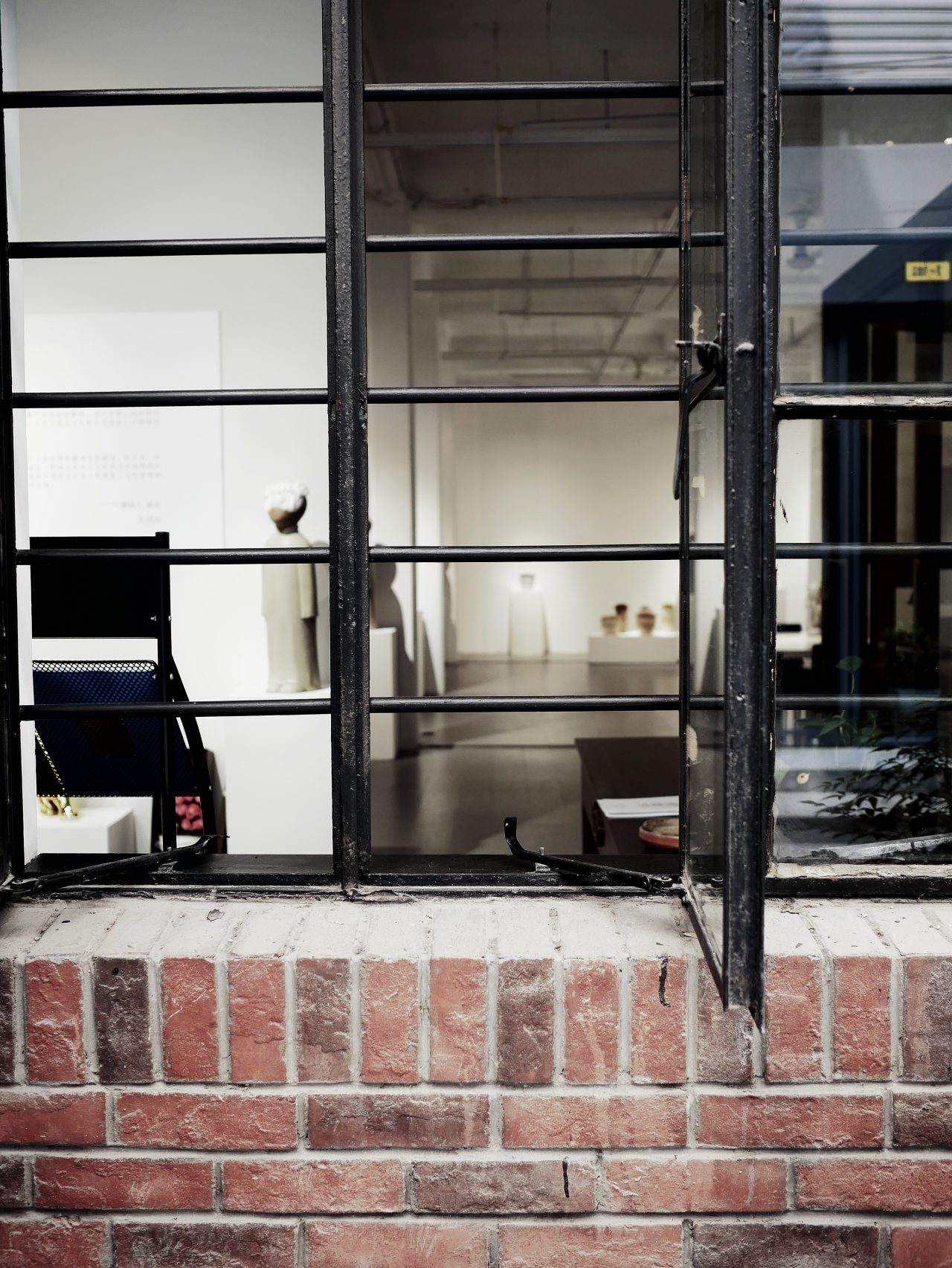 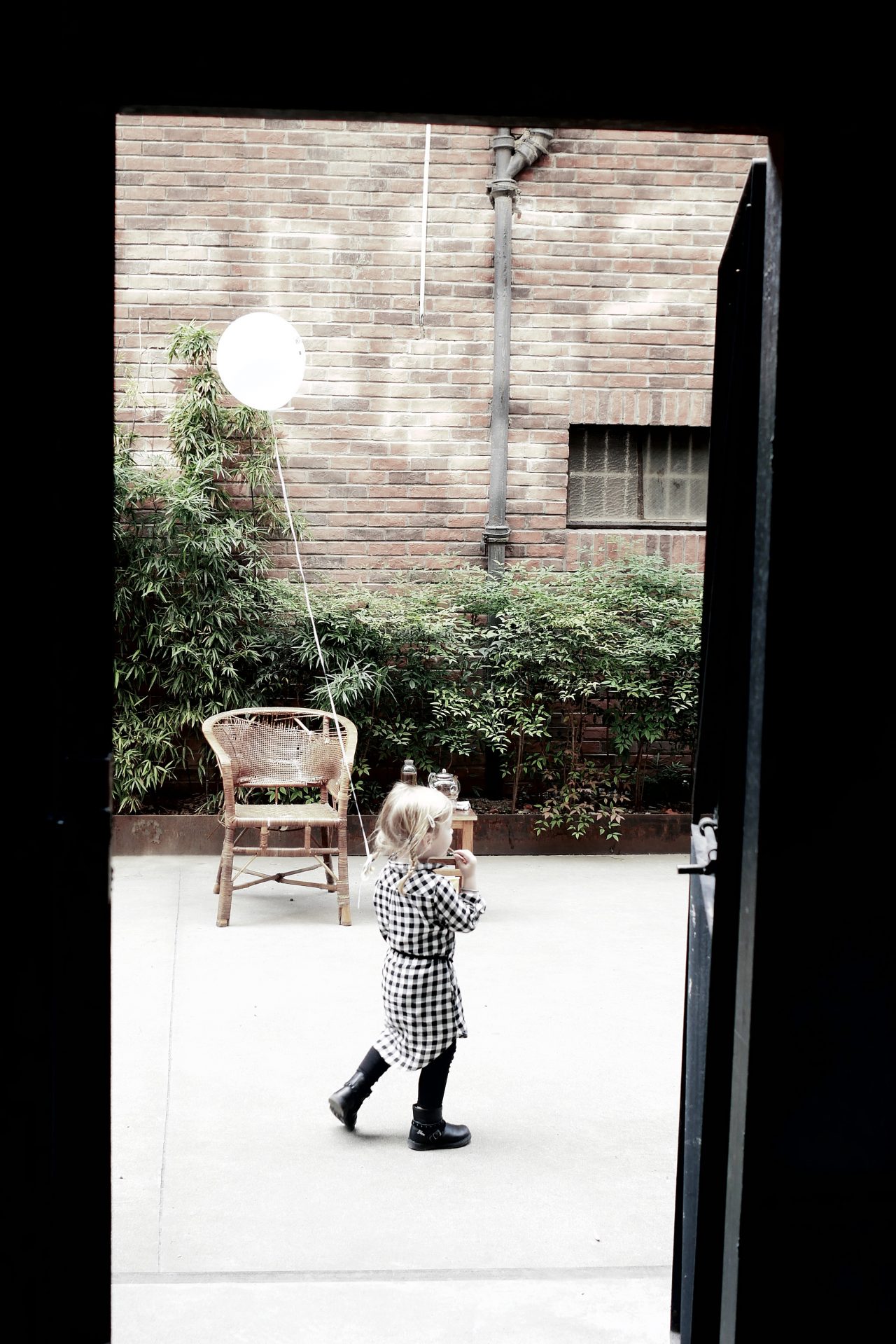 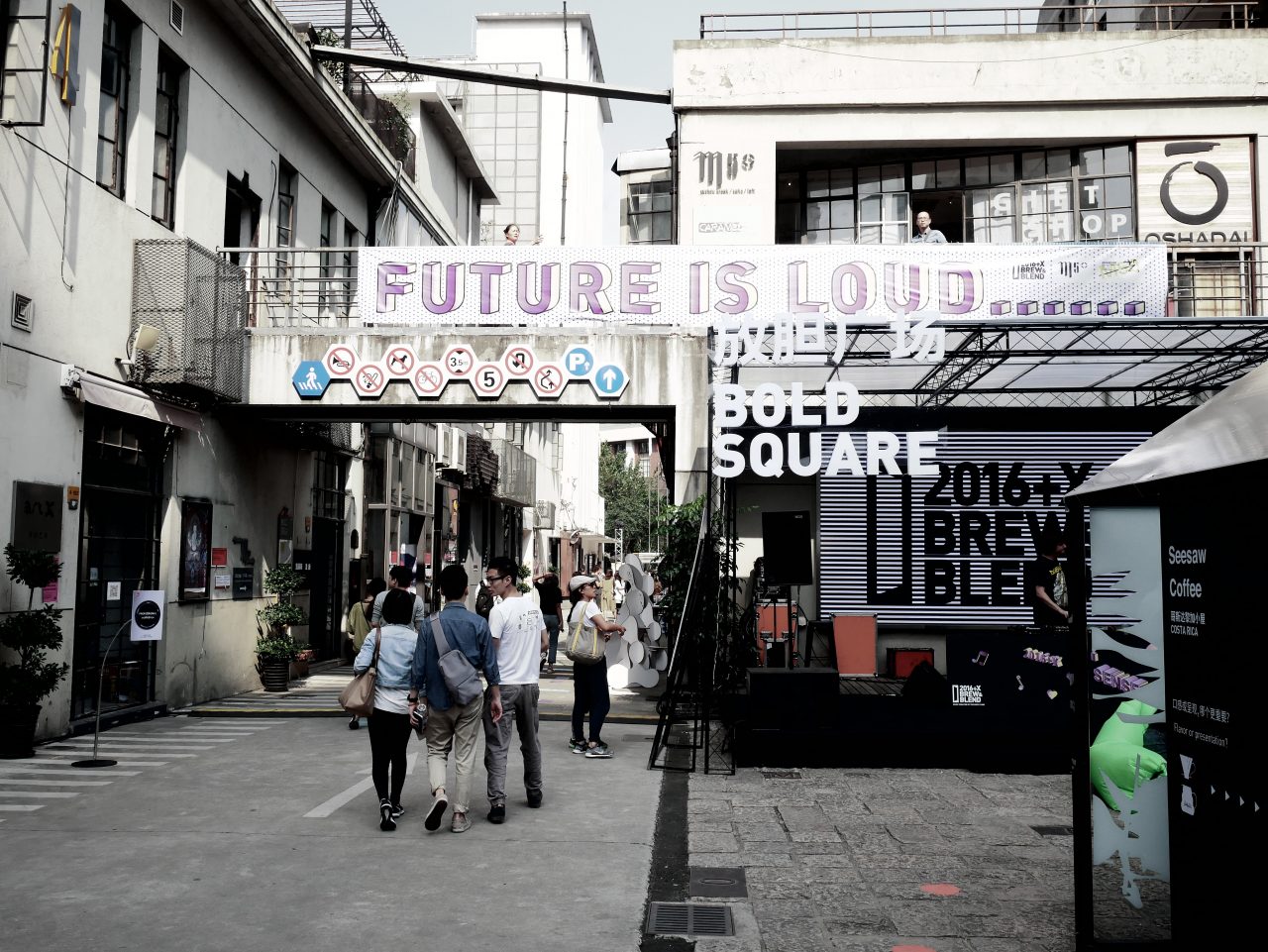 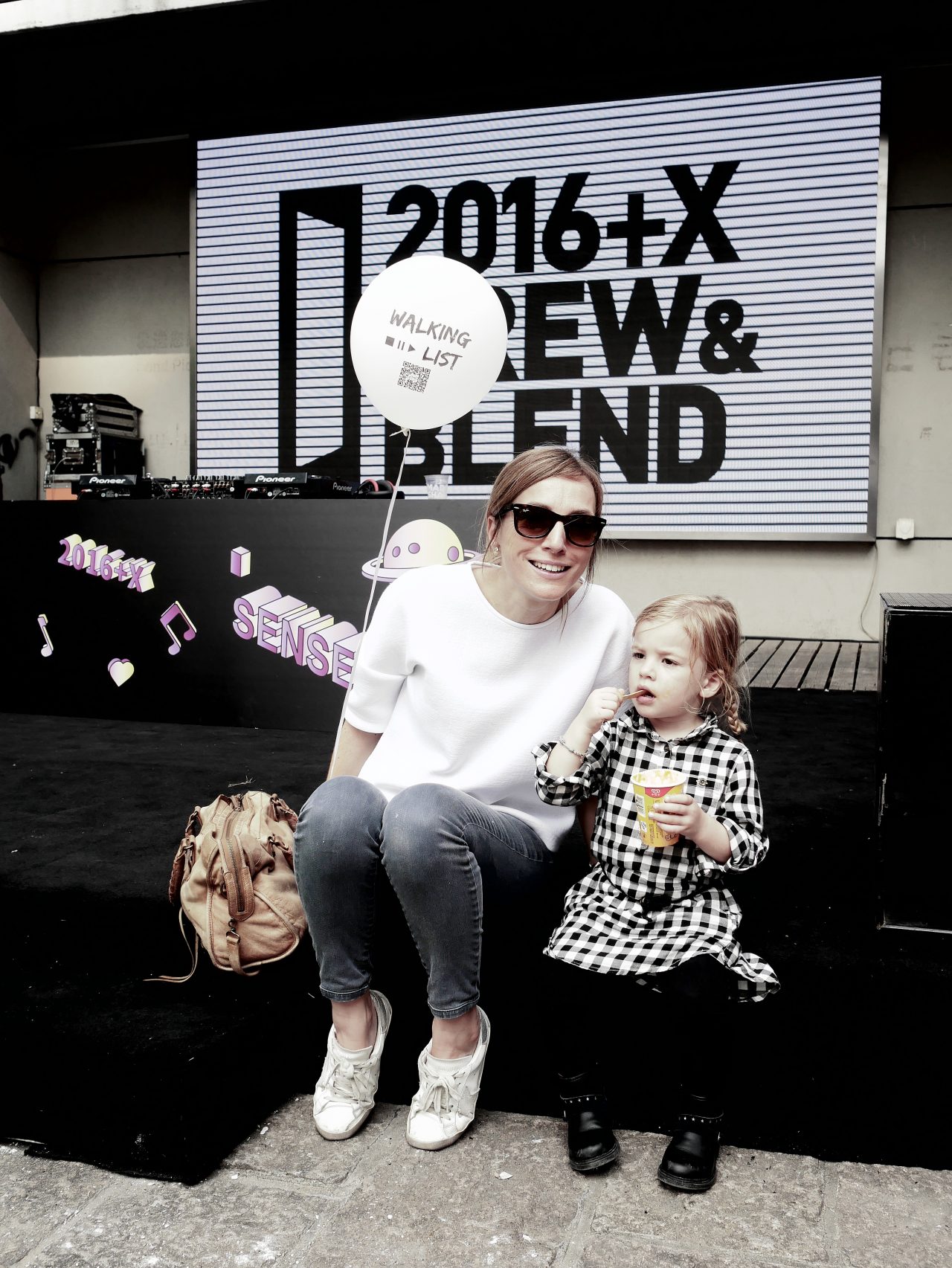 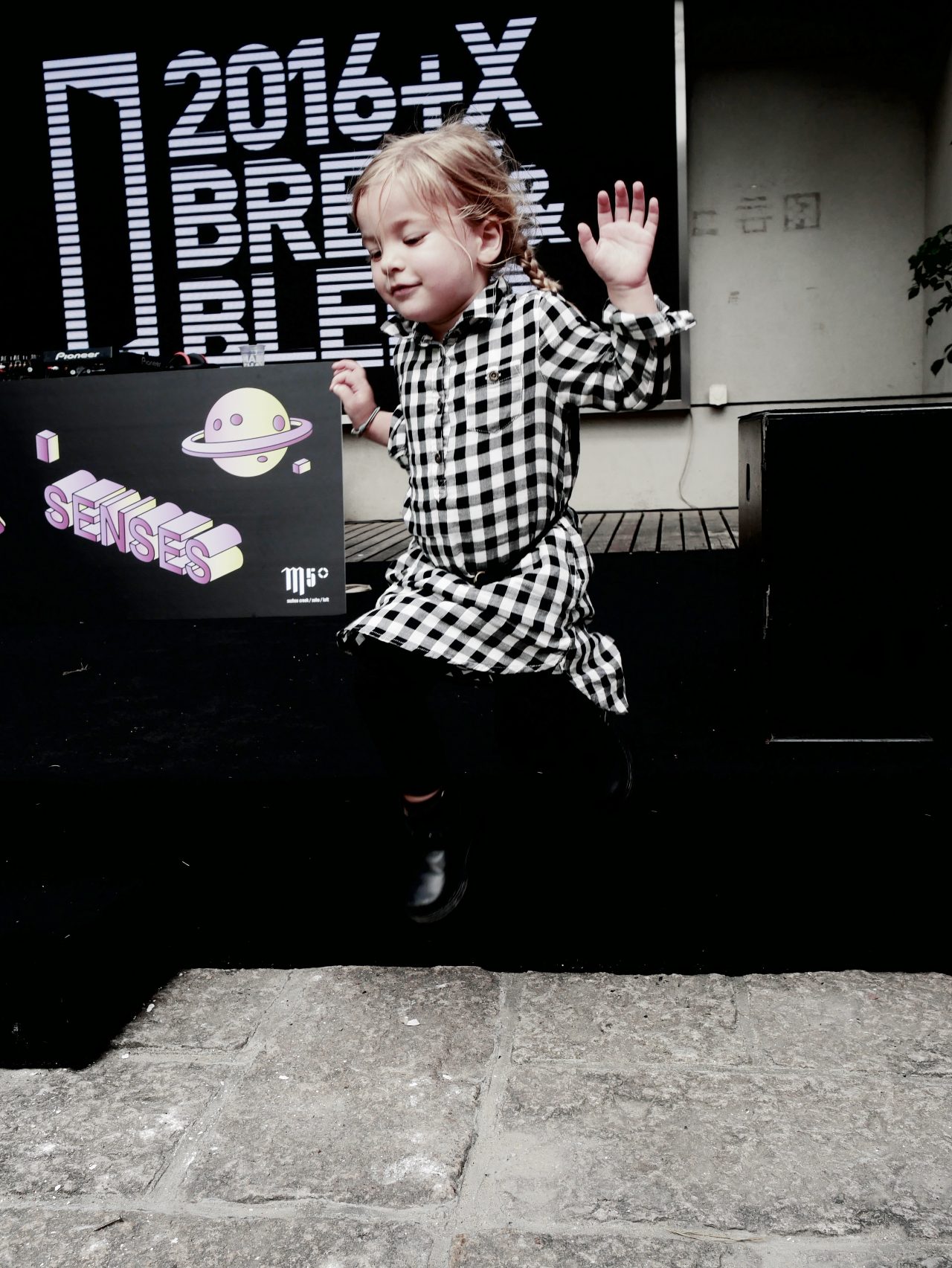 Sunday we felt urban and artsy and we decided to spend few hours at M50. 50 Moganshan Road or “M50” is a contemporary art district in Shanghai, that houses a thriving community of more than a hundred artists, whose studios are open to the public. It is often compared with New York’s SoHo and Beijing’s 798 Art Zone. The art quarter has become a popular cultural attraction for local and international visitors alike, and has been named among the top ten things to do in Shanghai by Time Magazine. The name refers to its actual address in Shanghai, and is often shortened to M50 or Moganshan Road. It is tucked away in an old industrial area along the Suzhou Creek. The art quarter is located in industrial and residential Putuo District, but conveniently close to downtown Jing’an District.

We had been there before (our daughter was not yet born), but this time had a totally different taste. First, we did not really see any art gallery and we’ve been kicked out few times, as Olivia exchanged them for a playground where she could run and be loud the whole time :-). We did not give up on running outside, just stopped for a refreshing ice-cream and a balloon, before being followed by Chinese “paparazzi” who wanted to take selfies with us and pictures of Oli (did I mention that when you are blond in China, you become some sort of celebrity?). After having a quick lunch, taking some cool graffiti pictures, getting a second balloon when the first one flew away, we ended up our morning like real rock stars, jumping of the stage where the dj was playing 😉

If you want to know more about M50 click here,